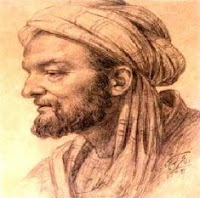 Syeikhur Rais, Abu Ali bin Hussein bin Abdillah Hasan ibn Ali ibn Sina, known as Ibn Sina or Aviciena born in 370 AH in a village called Khormeisan near Bukhara. Since childhood, Ibn Sina who come from families bermadzhab Ismailis are already familiar with the scientific discussion is mainly delivered by his father. A very high intelligence makes it stand out so that one of his teachers advised him to Ibn Sina did not enter into any kind of work than to learn and gain knowledge.

Thus, Ibn Sina gives full attention to scientific activity. He quickly mastered his genius makes a lot of science, and though still young, he was already proficient in the field of medicine. He became famous, so the King of Bukhara, Nuh ibn Mansur, who ruled between the years 366 to 387 and when they fall ill Hijriyah called Ibn Sina to care for and treat it.

Thanks to that, Ibn Sina can freely enter the palace library Samani great. Ibn Sina about the library that says so. "All the books I wanted were there. In fact I found many books that most people never even knew his name. I myself have never seen and will never see it again. Therefore, I diligently read the books and use them as much as possible ... When I was stepping on 18 years, I have successfully completed all the fields of science. "Ibn Sina master various sciences such as wisdom, mantiq, and the various branches of mathematics.

Preoccupations in the political arena in the palace Mansur Samani dynasty king, also his position as minister in the government of Abu Tahir Syamsud Deilami Daulah and political conflicts that occur due to a power struggle between the nobility, did not reduce the scientific activities of Ibn Sina. Even the long safari into different parts and detention for several months in prison Tajul Muk, the ruler of Hamedan, did not prevent him to give birth to hundreds of volumes of scientific papers and treatises.

When he was in the palace and live in peace and can easily obtain the desired book, Ibn Sina busied himself with writing the book Qanun in medical science or philosophy encyclopedia written dibeni name of the book Al-Shifa '. But when he must travel writing little books called a treatise. While in prison, Ibn Sina busied himself with composing verses of poetry, or writing reflections by the method of a beautiful religion.

Among the books and treatises written by Ibn Sina, the book of al-Shifa 'in philosophy and Al-Qanun in medical science known throughout the mass. Al-Shifa 'written in 18 volumes which discusses the philosophy of science, mantiq, mathematics, natural sciences and ilahiyyat. Mantiq al-Shifa 'is now recognized as the most authentic book in the science of Islamic mantiq, while the natural sciences and ilahiyyat discussion of the book al-Shifa' till now is still the subject of study.

In medicine, the book Al-Qanun of Ibn Sina's writings over the centuries become a major reference book and the most authentic. The book is peel-Siwak Siwak general medicine, drugs and various diseases. Along with the rise of the translation movement in the 12th century BC, the book Al-Qanun of Ibn Sina's works translated into Latin. Now the book has also been translated into English, French and German. Al-Qanun is the book collection of ancient methods of treatment and treatment methods Islam. This book has been a medical education curriculum in European universities.

Ibn also has a major role in developing a variety of scientific fields. He translated the works of Aqlides and run the observatory for astronomy. In Avicenna's energy problems provide research results will issue a vacuum, light and heat to the scientific treasures of the world.

It is said that Ibn Sina has writings in Latin, entitled De Conglutineation Lagibum. In one chapter of this paper, Avicenna discusses the origin of the name of the mountains. This discussion was very interesting. There Ibn Sina said: "The possibility of the mountain created for two reasons. First ballooning outer skin of the earth and this happens because severe earthquake shocks. Both because of the water to find a way to flow. The process resulted in the valleys along and gave birth to bubbles on the surface of the earth. Because most of the earth's surface hard and partly soft. The wind also played by blowing some and leave some in place. This is the cause of the bumps on the outer skin of the earth. "

Ibn Sina with the power of logic, so that in many respects follows the mathematical theory even in medicine and the treatment process, also known as a philosopher is unparalleled. According to him, the new one is recognized as a scientist, if he mastered philosophy perfectly. Ibn Sina is very meticulous in studying the views of Aristotle in philosophy. When told of his experiences studying the ideas of Aristotle, Avicenna claimed that he read the works of Aristotle's Metaphysics as much as 40 times. He mastered the intention of the book perfectly after reading Sharh or explanation of 'metaphysics of Aristotle, "written by Al-Farabi, the Muslim philosopher before.

Thanks to the study of philosophy and the study conducted earlier philosophers such as Al-Kindi and Farabi, Ibn Sina managed to formulate a coordinated system of Islamic philosophy neatly. The great work of Ibn Sina was conducted to answer a variety of philosophical issues previously missed.

Influence of philosophical works of Ibn Sina as thought and his study in the medical field is not restricted to the Muslim world but also reaching Europe. Albertos Magnus, a German scientist of the flow of Dominique who lived from 1200-1280 AD was the first European to write a full description of the philosophy of Aristotle. He is known as a major pioneer of the Christian Aristotle. He was the one who wed the Christian world with the ideas of Aristotle. He knows the views and ideas of the great Greek philosophers from the books of Ibn Sina. Metaphysics of Ibn Sina's philosophy is a summary of the philosophical themes of truth recognized two centuries later by Western thinkers.

Ibn Sina died in 428 AH at the age of 58 years. He went after a lot of things donated to the scientific heritage of mankind and his name will always be remembered throughout history. Ibn Sina is an example of the great civilizations of Iran in his day.