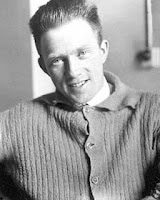 In 1925 Werner Heisenberg proposed a new formula in the fields of physics, the formula is very, very radical, far different from the basic concept of the classical Newton formula. The theory of this new formula - after experiencing some improvement by the people after the Heisenberg - truly successful and brilliant. The formula was until now not only acceptable but is used for all physical systems, regardless of what kind and of a size anyway.

One consequence of Heisenberg's theory is what is known - with the formula "uncertainty principle" that he put himself in 1927. The principle is generally considered one of the most profound principle in scientific fields and most have much coverage. In practice, what is applied through the use of the "uncertainty principle" is specializing certain theoretical limits to our ability to make scientific measurements. Its effects and the influence of this system is very powerful. If the basic laws of physics prevent a scientist - even in an ideal situation though - get a thorough knowledge of an investigation, it is because the properties of the system's future is not entirely predictable. According to the "uncertainty principle," there would be no improvement in our measurement equipment that will allow us to surpass the difficulties, this.

"Uncertainty principle" ensures that physics, in a normal situation, unable to make more than just a statistical guesses. A scientist who investigated radioactivity, for example, might be able to guess that one in a trillion atoms of radium, will issue two million gamma rays within a day thereafter.

However, Heisenberg himself could not assess whether there is a particular radium atom would do. In many practical matter, this is not a strict limitation. When involving large numbers, statistical methods are capable of presenting a credible footing basis for something a step. But, when it comes to the number of small size, because so others. Here the "uncertainty principle" forces us away from the notion of causation strict physics. It puts forward a very fundamental change in the basic scientific philosophy. So fundamental as to the great scientist Einstein would never accept this principle. "I do not believe," Einstein once said, "that God was messing around with the destruction of the universe."

However, this is essentially a sign that the physicists of the most modern feel the need to accept it.

It is clear, from the point of quantum theory, and on further rate even greater than the "theory of relativity," have revolutionized our fundamental concepts about the physical world. However, the consequences of this theory is not merely philosophical.

Among its practical use, it can be seen on the modern equipment such as electron microscopes, lasers and transistors. Quantum theory is also widely used in the field of nuclear physics and atomic energy. This forms the basis of our knowledge of the field "spectroscopy" (memprodusir tool and examine the spectra of light), and is used extensively in astronomy and chemistry sectors. And also used in theoretical investigations in the subject matter as diverse as the special quality belium fluid, the basic internal arrangement of the animals, the addition of magnetic force, and radio activity.

Werner Heisenberg was born in Germany in 1901. He received a doctorate in theoretical physics from Munich University in 1923. From 1924 to 1927 he was working in Copenhagen, Denmark with great physicist, Niels Bohr. His first important paper work on the particulars of quantum mechanics was published in 1925 and the formula of the "uncertainty principle" came out in 1927. Heisenberg died in 1976 at the age of seventy-four years. He lives with his wife and seven children.

From the point of significance of quantum mechanics, the reader may wonder why Heisenberg was not placed higher than the number now. But keep in mind, Heisenberg was not the only important scientists associated with the development of quantum mechanics. Important contribution of the mind has been given by some famous predecessors such as Max Planck, Albert Einstein, Niels Bohr, and the French scientist Louis Broglie. Added a line can still be written here as Austrian scientist Erwin Schrödinger, PAM UK expert Dirac. All this helped to contribute their very helpful to the theories kuanturn in the years shortly after Heisenberg published his paper a great significance for the fertility of the sperm like a science. However, I think Heisenberg was the most important figure in the development of quantum mechanics and on the basis that he deserved a higher place in the order book.