✖
Home Biography Biography of The Rolling Stones~Rock And Roll Pioneers

Biography of The Rolling Stones~Rock And Roll Pioneers 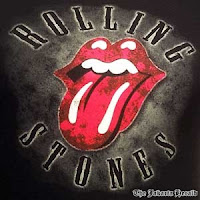 The Rolling Stones Formed in London, in January 1963. But the real forerunner Stones have been around since 1962 with the initial formation consisting of Mick Jagger (vocals, harmonica), Keith Richards (Lead Guitar), Brian Jones (Rhytm Guitar, Harmonica), Mick Avory (drums) and Dick Taylor (Bass ). Later, drummer Mick Avory of The Kinks eventually join Ray davies DBP, and Dick Taylor founded his own band that is The Pretty Things

Mick Jagger's voice exudes sensual appeal of the adult. This is not sensual in the pop, then kissing, holding hands, this is really real. Jagger has the ability to chat as the singer R and B and blues, half bernyani, do not always achieve the tone. Mick Jagger receives a voice in pop radio is a new breakthrough in rock & roll. He opened the door for others. Suddenly Eric Burdon and then a Van Morrison does not sound weird anymore, so it is with Bob Dylan.

This is really unique, a white entertainer who follow the way of blacks. Elvis Presley did, and the next person is Mick Jagger. There was no other white youths who did it. They never stand up and sing like the Beatles. They let the spirit controls the body, remove all existing limits, out of control. This is what is felt Mick Jagger. He mimics some of the steps of James Brown and Tina Turner. Strange movements made Mick Jagger comes from both. Then Iggy Pop and Jim Morrison expanding it.

Band with the formation of the quintet was founded by Brian Jones (born in Cheltenham, England, February 28, 1942). He is also giving the name to the band. He acted as a care manager offers concerts and everything related to media. Aroma and keagrasifan The Rolling Stones came from a Brian Jones. So is the tradition. He played his guitar with the neck of the bottle, and then on albums such as December's Children and the Aftermath, he plays various other instruments as a "sweetener". He was so creative and critical to the Rolling Stones.

He left Cheltenham and went to London to make music group. Prior to founding The Rolling Stones, Brian had joined the band Cheltone Six (As a clarinet player) and The Ramrods. When in London, Brian met with Mick Jagger and Keith Richards, which is where the three of them eventually formed a band called Little Blue & The Blue Boys

Rolling Stones appearance at the beginning of the formation is Mick Jagger (vocals), Keith Richards (guitar), Brian Jones (multi-instrumentalist), Bill Wyman (bass), Charlie Watts (drums) and finally Ian stewards (keyboard), which after consideration is no longer appropriate a teen idol (in those days) there is another source that states the band with members of 6 people, the personnel will be more difficult to distinguish one by one by the fans than the band with members of the 4 or 5 people, finally came out with the respect of the formation of the band and later became tour manager as well as keyboard player of this group in 1963 until her death in 1985.

Jones is considered to lead the band during the Jagger and Richards create a song that would become the hit songs of this group, until 1969, Jones' role is much reduced even more and he can not join a tour to the United States for legal reasons, he resigned the honor of the band. Several weeks later, Jones was found drowned. Guitarist Mick Taylor to change his position and joined the Rolling Stones themselves mungundurkan 1974, later replaced by Ronnie Wood. Bill Wyman resigned his position in 1992 Darryl Jones replaced but not included in the full band formation.

In many ways, The Rolling Stones played better than any in the 60's. They are quite a mess in the early days, but everyone enjoyed it-. Technically, they have never been this good. The problem is, their power comes from the 12's first album. Only a few good songs after 1972. How good they are if they still make the album a concert grand as they are now?