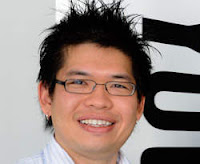 Shih Steven "Steve" or Steve Chen. Chen was born in August 1978, he was an internet entrepreneur Taiwan-American descent. Steven Chen is a co-founder and co-founder of YouTube. He Raised in Taiwan, Chen and his family then immigrated to the United States when he was 15.

After graduating from the University of Illinois at Urbana-Champaign, he then worked at PayPal where he met Chad Hurley and Jawed Karim. In 2005, he and two others founded YouTube, a website designed to share the video. He served as Chief Technology Youtube before it was sold to Google much as 1.65 billion.

YouTube quickly grew into one of the world's most popular Web sites, and was ranked as the most popular websites in the top 10 in the world just a year after launch. reportedly 100 million clips viewed daily on YouTube, with an additional 65,000 new videos uploaded every 24 hours.

He initially worked on paypal, and became an early employee at PayPal, where in paypal then he met Chad Hurley and Jawed Karim who will jointly set up youtube. In 2005, they founded YouTube. He previously served as Chief Technology Officer at YouTube, and is currently employed by Google. Chen is also an early employee at Facebook, though he left his post after a few months to start YouTube. In June 2006, Chen was named by Business 2.0 as one of "50 People Who Matter Now" in a business other than a couple of friends who also was one of the founders of YouTube Chad Hurley and Jawed Karim.

On October 16, 2006, Chen and Hurley sold YouTube to Google, Inc. for $ 1.65 billion. Chen received 625,366 Google shares and an additional 68 721 and in the trust as part of the sale. Google shares he received were worth $ 350 million in Google October 30, 2007 closing stock price. Chen has been listed as one of 15 scientists Asia To Watch Asia Scientist Magazine on May 15, 2011. He and Chad Hurley is now starting system that has acquired delicious avos from Yahoo! Inc..