✖
Home History History of the Discovery of the Hormone

History of the Discovery of the Hormone 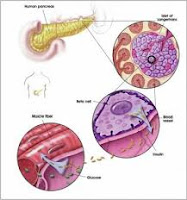 The presence or role in plant growth regulating substance was first raised by Charles Darwin in his book "The Power of movement in plants." He has been experimenting with Canari grass (Phalaris canariensis) with light from the side and gave him what happened with the direction of the bending beam. The part that did not receive light occurs faster growth than those that have occurred by bending light. But if the tip of grass sprouts from the cut will not happen Canari bending. Analyzed so that if the tip of the sprouts get a light from the side will cause a displacement "effect or something substances" from top to bottom that caused by bending.

Boysen-jemsen (1913) conducted a study with the Avena coleoptile (sprouts from the seeds of grasses) states "displacement effect is the removal of a natural substance produced in the Avena coleoptile. Paal (1919) reinforces the opinion by stating that "the end of the rod is a growth center.

gibberellin was first discovered by a Japanese pathologist, Kurosawa, when researching a disease called rice tanaamn bakane. The disease is caused by the fungus Gibberella fujikuroi, which is also known as Fusarium moniliforme. From the research results obtained that the fungus was issued a substantia / substance that is now known as gibberellins. gibberellin, the first time this substance is taken from the fungus Gibberella fujikuroi (Fusarium moniliforme, disease-causing organisms "foolish seedling" in rice). rice plants were attacked appear higher than others. These symptoms were caused by a substance released by the fungus. 1938, Yabuta and Sumuki managed to get Gibberrellin of these fungi.