Please Share this article is useful !
Ari Bernardus Lasso or better known as Ari Lasso was born in Madison, East Java, January 17, 1973, a son of the couple Bartholomeus B. Lasso and Sri Noerhida. As a teenager in high school Ari 2 Surabaya, along with his friends Juniarso the first drummer Dewa 19 and Piyu who later became the guitarist RICE, formed a band called Outsider Band. Since meeting with personnel consisting Dhani Down Beat, and Erwin Andra, she feels fit so started playing music together. Their friendship and then continues with the formation of the band Dewa 19.

Through a long struggle, finally Dewa 19 made it into the studio. Debut album Dewa 19, Kangen, then managed to become the best-selling album version BASF (1993). Dewa 19 more days to continue rising in popularity, so the name Ari Lasso also skyrocketed.

But Ari apparently not ready to become a famous singer that got into drugs. Involvement with drugs since the third album finally intolerable Dhani Dewa 19 and other personnel. Peak splits with sacking Erwin, Wong Aksan and finally Ari of the Gods 19. Ari then been aware of the habit of taking drugs harm so try to leave. He managed however, already broke with Dewa 19 so decided a solo career. 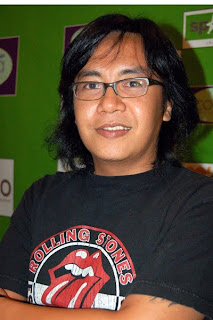 After officially out of the Gods, Ari began working on his solo album. Ari came back to the world of entertainment, performing a duet with Joey Ayala, then a huge success in the market. Ari in 2001 issued his first solo album Me First, which was also a huge success with its flagship song Divine Mystery. On this album he is assisted by Bebi Romeo, Erwin Prasetya, Andra, Ben, Bongky, Anto Hoed, Denny Chasmala, and Andi Rianto.

Dhani conjunction with any liquid that was strained. Dhani even willing to contribute two songs Secret Women and If I Is not I got to the second solo album titled Ari balance, fruitful good response from music lovers Indonesia. In 2003 he re-released his second album Balance. On this album he took great musicians like Ahmad Dhani, Piyu (Rice), Andra (God), Bebi Romeo, Ricky FM, Marshal (Dr. PM).

In 2004 he released his third album I see, I hear, I guess, where one of his songs to the sound track movie with the same title, Chasing the Sun. Ari issued his fourth album entitled "Always There" in 2006. On this album, the song became the flagship Love. In 2007, Ari released the album "The Best of" with one of his songs, I and Love, in which Ari duet with Justin Lestari.

Some time ago, Ari convicted doctor quickly if damaged vocal cords. Ari therefore anticipate the silence. Ari quickly damaged vocal cords while singing but not speaking. Ari also had to 'break' moment from upcoming shows for the past 4 months. However, in the event title Dji Sam Soe Urban Jazz Crossover held in Medan, Bandung, Semarang and Jakarta on May 1, 2009 to May 22, 2009, Ari will appear.