Please Share this article is useful !
Bondan Prakoso was born on May 8, 1984, he was the Indonesian musician who began his career in music as a child singer in the 80s. Thanks to the album The Dolphins bounced name. Bondan Prakoso is now known as the personnel of the band Bondan Prakoso & Fade 2 Black.

Bondan Prakoso is the second of three brothers and a couple of Lili Yulianingsih this Batara Sisco started her career as a child singer in the 80's to early 90's. The first album is titled Dolphins success in the market and raised his name.

Alumni D3 Dutch Literature, University of Indonesia began his adolescence and adulthood when forming the band Funky Corporal in 1999 until 2002. as bassist, up to 3 pieces of album release. Even the band's second album rewarded AMI Sharp Awards in 2001 for Best Alternative Group category. 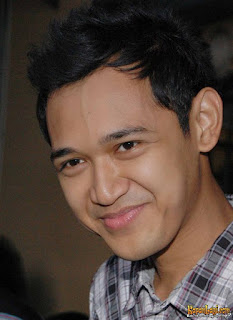 In early 2002, Bondan Prakoso who is also known by the public as a great talented bass player, who is also a former bass player in a Funk Stream band called Funky Corporal, and Tito aka Titz who is known as a rapper and a group called Fade2Black, often share their thoughts and ideas to each other about the music. They both come from different backgrounds of music, Bondan Prakoso more likely in Funk and Rock music and Titz in Rap / Hiphop. This pair second campus of the Faculty of Culture and the Humanities, deepin 'in Dutch literature, is a friend of Higher Education at the University of Indonesia, Depok.

In 2004 was the year where Bondan came up with an idea to combine different types of music and combine them in a new package of music, such as mid-year, he has asked Titz to join in a music project. Titz thought that would be stronger with the group joining in. The situation is getting more and more varieties of color as Bondan approved to engage Hiphop group from Bogor, Fade2Black, in this project. Instead of only 1 rapper, music project is combining 3 rappers, Titz, Santoz and Lezzano. Bondan & Fade2Black in 2004, they began to go further with this project and the different types of music made the slightest touch of Rap, Rock, Funk as the elements. Bondan Prakoso responsible for musical instruments, looping, and arranging, while Fade2Black get closer to the lyrics.

This process only takes 4 months to complete and in August 2005, their first album titled "RESPECT" released under SONY BMG Music Indonesia. Since then, an album that contains not just one type of music, but many types of music with a vocal rap basis, by Titz, Santoz LEZZANO, while other songs are also joined in singing Bondan on vocals. With a piece of art, they managed contributions received and awards, such as:
Indonesian Music Awards (AMI) 2006, as the best Rap album production.
Earlier, in 2006 Bondan together 12 people from various bands bass player in Indonesia such as Thomas "GIGI", Rindra "Rice", Bongky "BIP", Adam Sheila on 7 and other Indonesian bassist rewarded by MURI award for the most in a single look Bassist stage.

And in 2008, they were ready to break the Music Industry in Indonesia with more hard, impulsive, innovative forms of music. With their latest album, called UNITY, and the breakthrough hit single, keroncong Protol. With the recent debut of their second album, they have won the Award 2008 Music Indonesia (AMI) for the second time in a row for the production of the best Rap album.

On December 17, 2007, Bondan marry her boyfriend named Margaret or was familiarly called Margie held at Restaurant Cibintung, Ciputat, Tangerang, with a dowry in the form of a set of tools salat and 17 grams of gold. And blessed with a daughter named Kara Anabelle Prakoso.

Now in 2010, they returned with their third album, "FOR ALL". Hitting back the local music scene with hits single 'Oh never mind'.