Please Share this article is useful !
Recent has found some rare animals. 7 are summarized below to find out What's New Rare Animals Found. 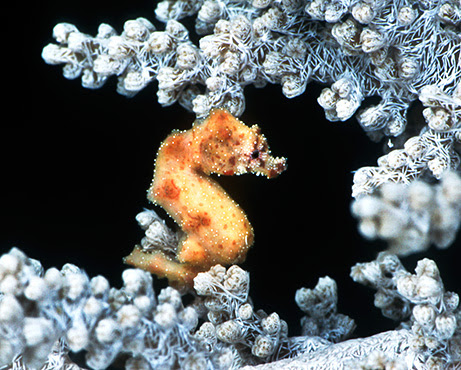 Sea horse is the pride for Indonesia, because seahorses are found in ocean island Walea, Sulawesi. Seahorse was discovered thanks to the sharpness of the eyes of the divers who take pictures in the sea Walea island, which later was named seahorse Walea. Sea horse has a 2.5 inches high and is the smallest animal among vertebrates (vertebrate). 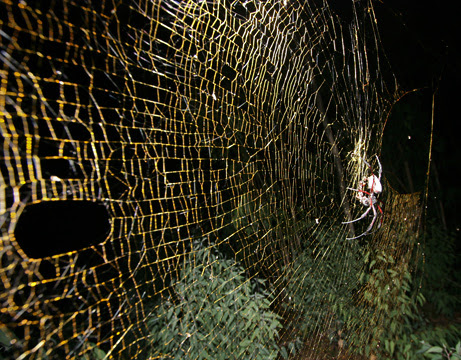 Females of the species of spider has a leg length of up to 5 inches (12 centimeters), while the male is only about an inch (2.5 centimeters). This spider is a rare animal in the habitat in southern Africa and Madagascar (although they are not included in the movie Madagascar). The uniqueness of this spider webs are made giant can reach up to three feet (one meter) wide. 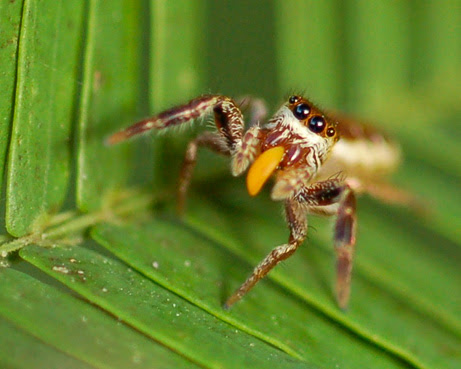 Eight-legged animals Kiplingi named Bagheera, life in Central America especially Mexico and Costa Rica. Vegetarian spider that large body size of a fingernail adults that prey on acacia leaf tips. From observations made using video recordings and chemical analysis showed the spider still get most plant foods. Populations in Mexico to obtain 90 percent of food from plant tissue and the remaining ant larvae, nectar, and others. 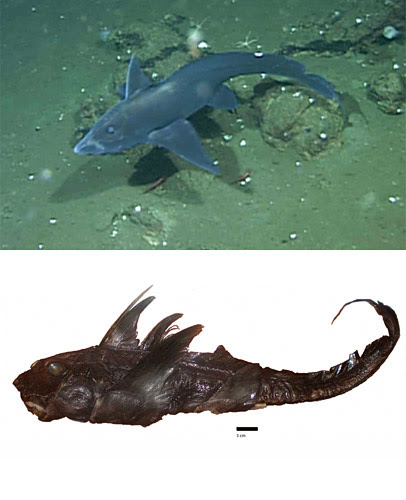 The new species is named Hydrolagus melanophasma or any other name is a black ghost shark. These sharks are found in the waters of California. Unlike sharks in general, male shark has sex organ on his forehead shaped like a horn.

A new amphibian species can survive on land with no nostrils, lungs, or legs, this creature later named Caecilita iwokramae. First discovered in Guyana, this creature is part of a group of amphibians known as caecilians. There is only one other known species of caecilians live without lungs. In general, the presence of lung cancer is one of the key characteristics that make amphibians different from fish. Caecilita lives on land and only 4.4 inches (11 cm), while the length is 27.5 inches (70 cm). 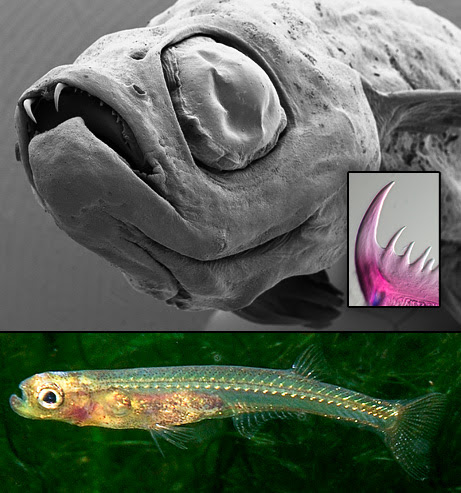 Fish that males have fangs like Dracula so the fish is named Danionella Dracula. Found in London's Natural History Museum in a tank of aquarium fish. The fish was actually caught in Myanmar (Burma) and sent to a museum in London. In fact fangs of fish is not used to hunt their prey but to fight with each other.

Her size was how only about 1.7 centimeters. However, a new fish discovered in the rivers in the north of Burma's deserve to be called Dracula fish. Because the fish has teeth in the front of his mouth and there is a pair of fang-like teeth memenjang vampires or vampire. Confirmed as a new species, the scientists gave the name Danionella dracula. "This fish is one of the vertebrate discovery of the most remarkable in recent decades," said Dr Ralf Britz, zoologist from the National History Museum of London. In addition to the rare fangs, his body is also transparent.

7. Birds that are Extinct

This species can only be our first look at the pictures in the museum animals because this bird as extinct from this world by the experts, but this year it was rediscovered in the Philippines, just when found this bird on his way to the pan to be cooked ! The bird was found by a hunter of birds on the island of Luzon, Philippines.