✖
Home 7Top Ranking 7 Appearance of the World's Most Famous Ghosts

7 Appearance of the World's Most Famous Ghosts


Please Share this article is useful !
Believe it or not, ghost stories are often scattered around us. But the legend recorded in the ghost story is not much. Here I present the seven most famous ghost sightings in the world. This ghost story is not a fairy tale, because it has a lot of witnesses, including the ever saw was the famous figures in the world. Call it Winston Churchill, the famous British prime minister, claims to have met the ghost of Abraham Lincoln or Queen Wilhelmina of the Netherlands who also claimed to have a news ghost in the White House. One famous story is the consort of King Henry VIII ghost who died beheaded. His ghost appears without a head, or her head tucked in his arm. Horrible.

Here is the story of ghosts and snippets of history in a nutshell. 7 story was chosen because most saksinya.Seperti known, the more witnesses and the story will be more powerful, and credible.
1. Ghost of Kate Morgan at the Hotel del Coronado 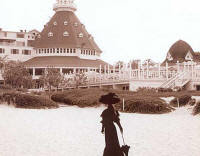 Hotel del Coronado is a Victorian building, located on the southern coast of California, south of San Diego. This story began on 24 November 1892, a young girl checking in at the hotel. He looked very ill, and just sit in a hotel room. Speculation, when he was taking a lot of drugs quinine in an abortion attempt. Then on November 29, he was found dead with a bullet hole in his temple.

He was found on the outside stairs leading to the beach. Allegations that appears, he committed suicide. Since then, a strange phenomenon has been reported to occur in it like strange noises, flashing lights and even death, and sometimes a woman dressed in a Victorian ghost wandering the halls Hotel.
2. Ghost Girls Eyes Bolong at Raynham Hall 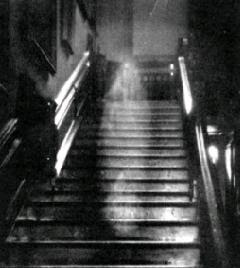 Raynham Hall in Norfolk, England, is the most famous haunted house ever caught on camera. Brown Lady, the ghost woman named because it always appears wearing a brown dress. Society believes it is the ghost of Lady Dorothy Walpole, sister of Sir Robert Walpole. Who married Charles, Viscount Townshend in 1713. He died under mysterious circumstances in 1726, and his appearance began shortly after that.

Since the appearance portrait taken in 1936, a report on the appearance of a ghost dressed in brown is decreased dramatically. Testimony of Major Loftus, most famously, she lived in Raynham Hall in 1849. One night, Major Loftus and a friend, Hawkins saw a woman in her brown dress. When approached, the woman disappeared.

Instead of fear, Loftus even curious. The next day, he returned to the room, he wanted to see if she would come up again. Sure enough, her ghost appears again. Only now he's a remarkable horror, because when he looked at the monster's face, his eyes hollow.
3. Anne Boleyn, Queen Consort of King Henry VIII beheaded Killed

Anne Boleyn was the second wife of King Henry VIII and mother of Queen Elizabeth I. ancestors Anne Boleyn had three years to pemaisuri King Henry, before he finally threw it out of boredom. To get rid of pemaisuri not an easy thing, to be with good reason. Then made allegations that pemasuri Anne Boleyn had committed adultery, incest and witchcraft. Historians believe that all the allegations are false. These heavy allegations pemaisuri deliver this unfortunate beheading punishment. This historic event took place May 19, 1536.

Since Anne was rumored ghost haunting and often show up in many different places. Among other things, Hever Castle, Blickling Hall, Salle Church, Marwell Hall, but the most famous and recurring appearances in the Tower of London. The lucky few will see it the same as when he was alive, gorgeous in a beautiful dress. But that is not luck, will see a headless ghost, his head tucked in his arm. 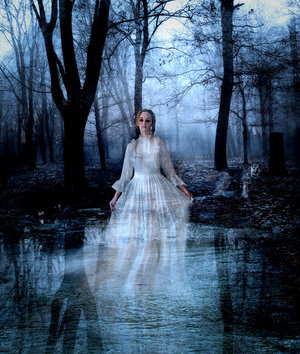 Apparently the Philippines has the world famous ghost, the White Lady calls. Ghosts dressed ladies long white gown. Ghost of this woman has 'keisitimewaan' that's what made him famous. Ghosts exist in Quenzon City, Philippines. The white-robed ghost stories are still controversial, some believe but some are considered mere hoax. But the majority of the population claimed to believe this because many see the appearance.

The story is developing, it is often the ghost woman standing in the middle of the road in Balete Drive, a long black haired, blank face, body covered in blood. Apparently from the experience of the victims 'White Lady' is, he always showed up and sat in an empty seat when the car passed there. 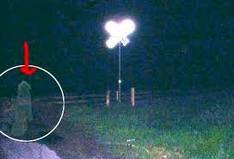 This curious ghost story Mary who died unnaturally in the 1930's. Mary's ghost has become a legend. The road traffic in northeast Archer Lane, between Willowbrook Ballroom and Cemetery, in Justice Illinois, young people often meet a beautiful young girl, blond with blue eyes. This young girl mobl-stop a passing car, asking for a ride. Then, a girl wearing a white party dress that stopped the car in front of the cemetery complex, then disappears.

One witness was happening in 1973, a taxi driver asked the clerk at Chet's Melody Lounge which is located across the street cemetery complex, he was asked, there was a girl who was riding his cab, but he fell away and did not pay the fare. This marks the ghost Mary remained in action decades has beralalu since his death.
6. Abraham Lincoln 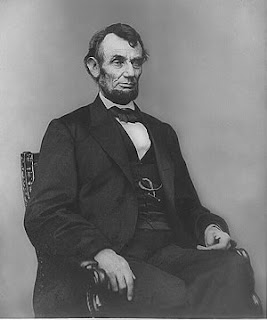 The story of Abraham Lincoln has become famous and melenggenda. Reportedly, some time before he was killed, Lincoln had told a strange dream the members of his cabinet. Lincoln said that he dreamed of getting into a white funeral home. There he met a mourner. He asked about the dead man. Answered "President .. people died because they were killed". Later on, it turns out Lincoln was killed. The story of Lincoln's dream became legendary and handed down through generations.

Lincoln spirits may be curious as unnatural death. Often the ghost appeared in a number of places in the White House, the Presidential Palace USA. Many visitors to the White House and its occupants, seeing visions of the ghost of Lincoln. A number of famous people also claim to have seen the ghost of Lincoln among others, First Lady Grace Coolidge, Queen Wilhelmina of the Netherlands, even Winston Churchill, the famous British Prime Minister.

Even Churchill recalled, when he had just finished bathing, the body feels fresh, he walked into the bedroom. He was surprised when I looked into the fireplace, looking Abraham Lincoln stood near the fireplace. Churchill automatically greet

"You seem in a disadvantageous position"

Add Churchill again. Lincoln ghost just smiled softly, then disappeared. Whether true or not Churchill's story but certainly there are many people who claim to have seen a ghost. 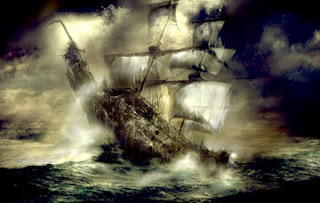 This incident allegedly occurred in 1641 when Hendrik van der Decken has vowed to end around the Cape of Good Hope. Since then the figure was never seen again. His fate was unknown. However, many witnesses said, even swear that they often see when the kaptel known as, The Flying Dutchman, suddenly was in the waters around there, and then disappeared.

Sometimes the ghost ship was so close to the boat so they could see clearly. The sailor said, sightings of The Flying Dutchman ghost ship, as a bad omen for the ships of the beholder. Not because it's a ghost ship that they fear, but the disaster that will befall poor when seeing visions of the ship. One example is when the ghost ship came and witnessed the crew of King George V, in 1881. Here's the written testimony.