Please Share this article is useful !
Diamonds are precious rocks which are the basis of the diamond-shaped stone So Intan still unprocessed, while the processed diamond-shaped jewelery. Here are 7 Largest Diamond Version 7Top Ranking.

The Millennium Star is internally and externally flawless pear-shaped diamond (total of 54 pieces). With the weight of 203.04 carats it is the 10th largest diamond terbear urutab in the world. Initially, the diamond stone weighing 777 carats found in the Mbuji-Mayi district of Zaire (Democratic Republic of Congo) in 1990. After 5 months of studying and planning the cutting of the stone, it was decided to cut the rough diamond into three parts. The Millennium Star is the outcome of the largest piece. Value of the stone has not been revealed but the Millennium Star was insured for 100 million pounds

The Red Cross is canary yellow diamond weighing 205.07 carats. Stone has a rough start berrat 375 carats was found in Kimberly mines (South Africa) in 1901. The diamond was presented as a gift Christie's auction house in 1918, on behalf of the British Red Cross. 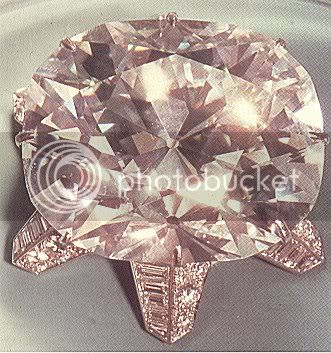 Jubilee is a cushion-shaped diamond weighing 245.35 carats. The rock was first discovered irregular octagonal initial weighing 650.80 carats. Found in the Jagersfontein Mine towards the end of 1895. Diamond initial plan is planned to be presented to Queen Victoria. Eventually, however, this did not happen and the diamond remained with its owners. Diamond Jubilee next year finally presented to Queen Victoria for her coronation 75 warnings. 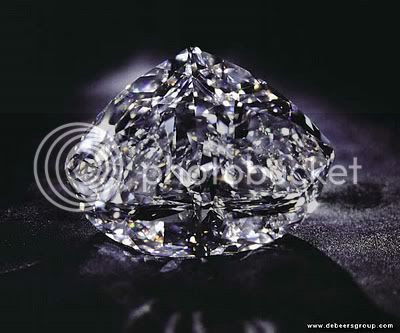 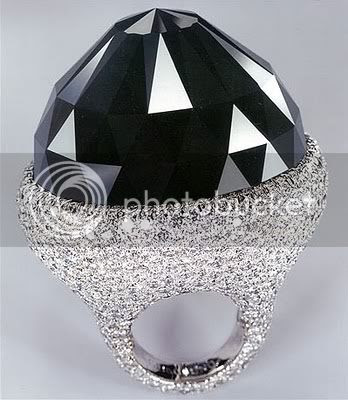 The Spirit of de Grisogono weighing 312.24 carats, cut from blocks of black gems in the world. Arranged in white gold, covered with 702 white diamonds of 36.69 carats. This diamond originally had a rough weight of 587 carats and was mined several decades ago in west Central Africa before being imported into Switzerland. 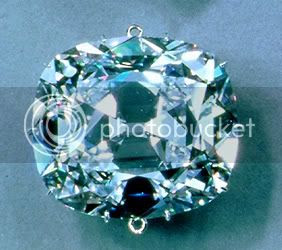 Cullinan II is a large cushion-shaped diamond weighing 317.40 carats. Diamond is placed at the front of the center of the Crown of Great Britain. Cullinan II was cut from the largest gem-quality diamond ever found, weighing 3106 carats, or about 1 1/3 pounds. He was named after Sir Thomas Cullinan, who opened the mine for the first time. The nine larger stones of the Cullinan diamond remain either in the British Crown Jewels or in the personal possession of the royal family.

The Incomparable (Shepherds), in its rough state weighing 890 carats, was found in the town of Mbuji Mayi in the Democratic Republic of Congo (formerly Zaire) in 1980. Four years spent studying and then cutting the stone, the largest share of rough ultimately produce weighing 407.48 carat gem, and this is the third jewel is the largest ever cut. This gem has a size of 53.90 × 35.19 × 28.18 mm.

Golden Jubilee, weighing 545.67 carats, is the largest diamond in the world. When I first discovered weighed 755 carats and was discovered in Premier mine, South Africa in 1985. Golden Jubilee has been present to the King of Thailand in 1997 for the 50th anniversary of his coronation. Estimated value of the Golden Jubilee is $ 4 - $ 12 million.