Biography of The band Dewa 19


Please Share this article is useful !
In 1986, four students from Surabaya SMPN 6 crochet dreams - dreams become famous musicians. With the ability to fit - barely DEWA their flag. The name is not just dashing - gagahan, but the acronym of the name of the four: Dhani Manaf [Keyboard, Vocals], Erwin Prasetya [Bass], Henry Juniarso [Drums], and Andra Junaidi [Guitar]. At that time the musical madness they've seen. Not infrequently respectively - each had to miss school, just to be able to get together and genjrang - strumming of chords playing a musical instrument. Henry homes in the South No. Darmawangsa In. 7, which is located in one corner of the complex, Airlangga University, has been their headquarters since there are a set of instruments although modest but God can practice as much.

What distinguishes the group Dewa other Surabaya when it is the color of music they play. If another group likes to bring the flow of heavy metal belongs to Judas Priest or Iron Maiden, God appears with the song - Toto's song is more poppy. Just everything changed when Erwin who like jazz music began introducing fudion of Casiopea. Andra and Dhani manteng in the path of the original rock, eventually follow as well. 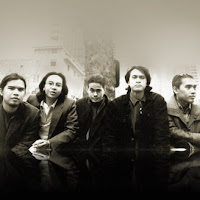 Gods music format is slowly - land shifts, even those not just play the song - the song Casiopea, but also the work of other famous jazz musicians such as Chick Corea or Uzeb. Dhani, Erwin, and then Andra chestnut - dream like like Krakatoa or Karimata, two jazz groups are more famous then. It makes Henry moody, big fan of rock music is felt colors Gods are out of line. Henry finally decided to come out in 1988 and joined the Outsider among others consists of Ari Lasso. A year later crossed over to Pythagoras. The position of Lord Henry in his class and then replaced brother, Salman. Name Dewa was changed to Down Beat, taken from the name of a publication majalahjazz America.

For East Java and the surrounding region, Down Beat well known name, especially after successfully dominate the festival stage. Call it the Youth Jazz Festival in Java

East high school band festival winner or second winner Needles '90 Super Fiesta Musical. Meanwhile, Pythagoras had succeeded so finalists Festival Rock Indonesia who held Promoter Log Zhelebor. But for the four men who are psychologically still in the search for identity, the jazz was also just a stopover. Once the name Slank fluttering their dreams changed. Henry Juniarso immediately called back to turn on the Gods and Ari Lasso join. Gods name back upright, except this time use - frills 19 simply because average - the average age of players 19 years. As well as Slank, Dewa 19 was mixing beragammusik together: pop, rock, and even jazz, hence the birth of a new alternative for Indonesian music repertoire at the time. Classmate Henry, Aaron, apparently attracted by the concept and immediately disburse Rp. 10 million to capitalize a friend - his recordings. But since there is no studio in Surabaya are eligible, they had to Jakarta when the amount of funds was clearly fit - barely. As a result they have ngirit all - out, everything worked itself including lifting wares and so on. But here they are tested musicality.

Debut album, 19 completed only 25 shifts only. Including exceptional for the size of area musicians who just jungle capital. With a master's degree in hand, Dhani haunting one of a record company to record company used city buses, sementaraErwin, Henry, Andra and Ari wait for the results in Surabaya. Was rejected there - here, the master finally glimpsed by Jan Djuhana of Team Records, who had success catapulted unexpectedly Project.Di Kla, 19 album sales explode

market, having surpassed 300,000 copies, the BASF reward them with two awards. Each - each for category New Arrivals Best Selling Album Terbaikdan 1993. In making the album Future Format marred by the departure of Henry Juniarso the absence of compatibility between them.

After that, in making the next album Dewa use additional music for the drummer who include: Ronald and Rere. After the album Best - Best is finished, go Wong Aksan drummer position. But after finishing the album Pandawa Lima, on June 4, 1998 Wong Aksan removed from Dewa 19, since blow dram Aksan assessed lead kemusik jazz and instead go Ben Sulaksono (former member of Neutral)