Chester has a side project called "Snow White Tan" which was later named Chester as the "Dead By Sunrise". Since childhood, Chester interested in music, and inspiration are Depeche Mode and Stone Temple Pilots.

His parents divorced in the late 1980s, when Chester was a kid. Finally, Chester tried to get up by using cocaine. Chester finally managed to overcome the addiction nakobranya. He worked at a Burger King restaurant before starting a career as a professional musician. 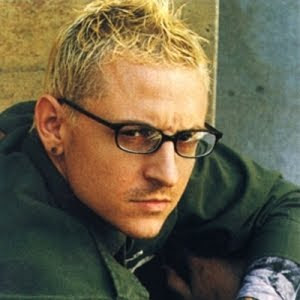 Initially, the band Xero trouble finding a new vocalist after vocalist before, Mark Wakefield left the band and then became manager of Taproot. They hear about Chester, a native of Arizona, USA. Xero directly send a blank tape and asked Chester to record his voice on the tape. Chester directly record it and send it back to Xero. The band was impressed and recruited into the band Chester. After this, the band renamed Chester Xero to Hybrid Theory.

In 2004 - 2005, some members of Linkin Park has a side project. Chester did not miss. He then formed a band called "Snow White Tan". However, Chester itself changed its name to "Dead By Sunrise". and he's so COOL in every concert appearances Dead By Sunrise.

Chester married his first wife, Samantha, on October 31, 1996. They have one child, named Draven Sebastian, born on 19 April 2002. After divorce with Samantha, Chester married Talinda Bentley, a former Playboy model.