Please Share this article is useful !
Fusajiro Yamauchi was born on November 22, 1859 in Japan. He was a Japanese businessman who founded the company now known as Nintendo. Yamauchi lived in Kyoto, Japan and has a daughter, Tei Yamauchi who later married the president and the replacement of Fusajiro Yamauchi Sekiryo Kaneda. Fusajiro Yamauchi started his business under the name "Nintendo Koppai" in 1889, and its name was eventually changed to Nintendo. At the end of the 19th century Japanese citizens almost fed up with the card game.

Since in 1633 the Japanese government has put a ban on all foreign playing cards and games to try and prevent illegal gambling, and continues to do so with almost every other card games for 250 years. Finally, a game developed by Nintendo called Hanafuda in Japan and are confident that the government will receive a card game using illustrations instead of numbers for gameplay.

When it looked as though the game industry will decline and then a young entrepreneur, Fusajiro Yamauchi, come up with a new approach to improve the popular game. He's not just making a general illustration for use in the game, he will develop artwork unique crafts that will drive sales of the card game. In 1889 he opened his first store Hanafuda card games, Nintendo Koppai, which will change the name only to Nintendo as the company grows and develops. Famous card game is starting to finally Yamauchi had to hire an assistant to help him. 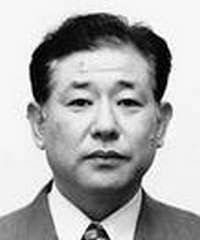 Card Game Hanafuda growing rapidly in Japan, in addition Fusajiro Yamauchi In the mid-twentieth century, Nintendo tried several small specialized businesses, such as an inn hostel and a taxi company because the Japanese economy in crisis. In 1929, at age 70, Fusajiro finally retired, leaving his company was continued by his children and grandchildren. For the next 11 years Fusajiro stay out of the gaming business until his death in 1940. Fusajiro will never know that the company he founded will evolve to blaze a new path to a different type of game for four decades later called the Nintendo Entertainment System.

Developments After the death Fusajiro Yamauchi Nintendo
In 1956, Hiroshi Yamauchi Yamauchi Fusajiro grandson came to America to speak with the United States Playing Card Company is the leader in the world Playing Card Industry. He was surprised by the size of the company's office, until he felt that the industry is too small and Nintendo should expand into other businesses. As the ideal embodiment of that goal, in 1963 Yamauchi change namaNintendo Playing Card Company Limited to Nintendo Company Limited. The company began experimenting with trying to break into other industries in Japan. From the period of 1963 to 1968 they had a lot of experimenting in other industries, such as taxi companies, TV networks, Instant Food Company with Instant Rice products, and even a Love Hotel.

In 1966, Nintendo's entry into the world of children's toy industry with the Ultra Hand their products developed by Gunpei Yokoi. Yokoi which had previously been in maintenance department has now moved the Nintendo Gamessebagai new product developer. From there, Nintendo continues to cultivate the field of toys by releasing products like Ultra Machine, Love Tester and serial Kosenjuu which is Light Gun Games. But you could say the toy industry, Nintendo is still behind when compared with Bandai and Tomy who already have a big name. In 1973, Nintendo began to focus on family entertainment with the Laser Clay Shooting System product that uses the same technology as was used on the Serial Kousenjuu, the product is placed in a bowling alley that is usually crowded. However, due to the overly large financing operations end product should be closed.

In 1974, Nintendo have the right to distribute the Magnavox Odyssey in Japan. And in 1977, Nintendo began to make a video game system of their own called the Color TV Game which is where the game built in to the system. In the same year the legendary Shigeru Miyamoto, Nintendo hired by, and at that time he worked under Yokoi. In 1978, Nintendo Arcade Game break into the industry with their products Computer Othello, and as the year Nintendo keeps churning out other titles. Nintendo initially benefit only a little but made the title game with Donkey Kong in 1981, Nintendo's fortunes change drastically. Success of the game and then ported to several game consoles such as the Atari 2600, Intellivision and Colecovision provide huge financial benefits for Nintendo.

In 1980, Nintendo Game & Watch made a success in the market. later in 1983, Nintendo launched the Famicom or Family Computer in Japan. And finally the machine was brought to America in 1985, with the Super Mario Bros. And in 1989 Nintendo also released their new product Gameboy developed by Yokoi. Game Boy evolved into a Game Boy Pocket and Game Boy Color which just has a slightly different specification to the original version. Then the continued success of the Game Boy to the Game Boy Advance (GBA), which has a technology similar to the SNES, which also finally updated to Game Boy Advance SP, which is a flip version of the GBA. Prior to the completion GBA, Nintendo also introduced the GBA Micro is smaller than the original GBA.

Then after the Game Boy Advance, Nintendo DS Nintendo surprised everyone by having specs similar to the Nintendo 64 but has not one but two LCD screens. One of the screens is a touch screen that is used in the game. Nintendo DS continues to prosper despite getting fierce competition from the PSP has better graphics capabilities, and a Nintendo DS remake more successful with a DS Lite with a more sleek and stylish. And in 2008, Nintendo announced the Nintendo DSi, which is similar to the DS only has a larger screen, better sound quality, bulit-in Web Browser and 2 cameras. In terms of consoles, Nintendo enterteinment System or NES followed by the Super Famicom in Japan or the Super Nintendo Entertainment System (SNES) in America. Next Nintendo introduced the Nintendo 64 that has 3D capabilities greatest dijamannya, and also introduced the use of the Analog Stick either on the console, the Nintendo 64 also has a 4 port controller, but unfortunately at this time should be lost with Sony Nintendo's success with their PlayStation.

Next Nintendo launched the GameCube, which console is the first Nintendo console that uses tile Disc media. And the last console is currently owned by Nintendo Wii Nintendo brings back glorious name in the industry consoles using motion sensor as a control and joystick-like remote coupled with diverse online features such as WiiWare, Virtual Console, and much more.