Please Share this article is useful !
Not much is known about the life of Desargues. Family (paternal and maternal) is the wealthy family for several generations. Family profession is a lawyer or a judge in Paris and in Lyon (later to become the second largest city in France). Desargues often went to Paris in connection with legal proceedings for debt recovery. Despite the bankruptcy, the family still memilihi some big house in Lyon, near the castle and the castle Vourles small village surrounded by vines.

Desargues no doubt education is high enough and able to buy the books he wants and be able to enjoy whatever pleasures he wanted to gulp. As an inventor, Desargues, spiral staircase and pump design new models, but the main interest is geometry. She found something new, different from Greek geometry, which is now known as "projection" or geometry "modern." 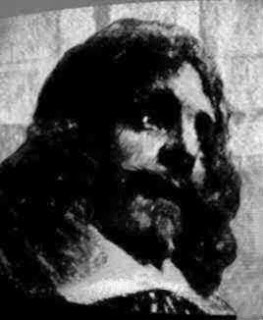 Cone (Conic) of Apollonius draw attention field with incredible imagination-Girard Desargues, an architect and military engineer in Lyon. A couple of years he's lived in paris. Login Mersenne group, but in view of the role of perspective, architecture and geometry are not manraik heart. Back to Lyon and working with a new type of math rekaannya own. The result is a good book but did not succeed in its circulation. Rationale Desargues's work is a simplification - an inspiring perspective of art and perception Renaikssance kontinuiti of [Johannes] Kepler. A simple thought. Everyone knows the circle.

When viewed from the side like a shadow ellipse or light reflected off the walls to form a circle or ellipse. Cones are processed Desargues be lovely, though the "language" used unconventional. Projective geometry provides greater benefits for generalized metric geometry of Apollonius, Desartes and Fermat. Mathematicians at that time not only failed to understand this new geometry, they actively oppose the dangerous mathematical flow and unnatural.

The works of Desargues practical impressed with titles like: Perspective (1636), Cutting for stone building (1640) and The time is made of stone / sundial (1640). Several copies of Desargues's work printed in Paris in 1639, but only one can be saved, and rediscovered in 1951. Cause all it is his work is not accepted by the mathematicians. Desargues methods used to popularize his works is through a letter sent to friends. The works were almost lost until 1847, but one of the copies made by Phillippe de Lahire, one admirer Desargues was found in the library of Paris.

His works are not for consumption scientist, following exploration of the imagination, but metematikawan 'field' and experts machine, which is difficult to understand the meaning of his works. These terms are used, as new science, much taken other sciences that have been established. Once again, the method is not projective line with the times, which gives just a pat on the progress of algebra and analysis.
Descartes was a friend of Desargues when school in La Rochelle, but when he heard that his friend was treated cone without using algebra, making it very confused. For him it is impossible to declare any of cones that are easier expressed using algebra.

Greatness algebra is still too strong to be defeated by the beauty of projective geometry that almost two centuries has never known. Desargues theorem suggests not to be published but was sent to a friend, 'A picture', teachers' perspectives as well as his followers, Abraham Bosse (1602-1676). Bosse wrote the works (including unproved) Desargues as awards and praise for him, but it was only in the 19th century became one of the basic propositions in geometry. Later geometry projection or "modern" was updated by Gaspard Monge (1746 - 1818) with the addition of descriptive geometry, a technique that later became common in drawing projections.