Please Share this article is useful !
James Sidis was born with the name William James Sidis complete on April 1 1898 In the United States, James Sidis is the most genius that ever existed on earth with an IQ (intelligence level) on the 250-300. Beat genius Da Vinci, Einstein, Newton and other scientists. Major James Sidis barely escape from the frenetic news about the geniuses in the world of science.


Sidis miracle begins when she can feed herself with a spoon at the age of 8 months. At the age of barely 2 years, Sidis had made the New York Times as a friend early on. Since that time his name to subscription newspaper headlines. wrote several books before the age of 8 years, of which about anatomy and astronomy. At the age of 11 years Sidis accepted at Harvard University as the youngest student. Harvardpun then fascinated by his genius when gave a lecture on Four Dimensional bodies in front of the professor of mathematics. 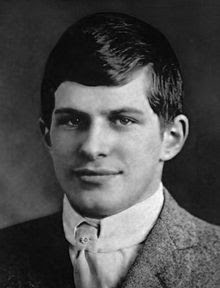 James Sidis graduated cum laude with a degree in mathematics at age 16. Later he continued his studies, but had faltered because bully by a group of students who did not like it. At the age of 17 Sidis accepted the offer as a teaching assistant while continuing to doctoral programs, but unfortunately he did not complete his studies with reasons to feel frustrated by the learning system and a sister class treatment. At that time he had complained, "I do not know why they gave me this job and put me as a special person, I do not really qualify as a lecturer. '

More terrible again, Sidis understand 200 different types of languages ​​in the world and can menerjamahkannya very quickly and easily. He could learn a language as a whole in a day!!!! William Sidis success is the success of his father, who was a psychologist Boris Sidis powerful Jew. Boris himself is also a graduate of Harvard, student famed psychologist William James (Similarly, he then gave the name to his son) makes his son Boris is as an example for a new educational model at the same time attacking the conventional education system has been accused of being the ringleader of evil, crime and disease.

In 1919, Sidis was arrested and detained for 18 months for his involvement in the Socialist May Day demo in Boston. At that time he made the statements against conscription in World War I. His arrest was the media had horrendous as when he started his work as a boy genius. Since out of jail, then disappeared like Sidis swallowed by the earth and after all this time traced by a reporter who meets a scrap metal scavengers nan papa, it turns out he's' William James Sidis. ' 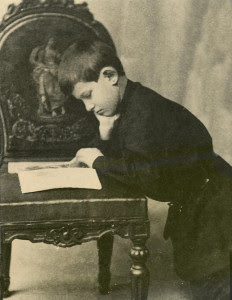 Who would have thought William Sidis later died at a relatively young age, 46 years - a time in which a scientist should be productive in the future. Sidis died in a state of unemployed, alienated, and very poor. Ironic. People then judge that Sidis life is not happy. Popularity and prowess on the field of mathematics makes it miserable. A few years before he died, Sidis it had told the press that he hated math - something that had catapulted him.

In social life, Sidis had few friends. In fact, he also often ostracized by colleagues sekampus. Not even once had a girlfriend or wife. His degree is never finished, only abandoned. He then severed ties with his family, wandering in secrecy, work for potluck, exiled. He ran away from the glory of his childhood that his father is actually a projection. He realized that his life is the result of patterning others. However, awareness is often late.

Sidis indeed heartwarming effort. There is a strong desire to escape from the influence of his father, to be yourself. Although not authorized for that Sidis. The press and the public already made Sidis as a story. Wherever Sidis hiding, the press could definitely smell. Sidis could not let go of his father's influence for granted. Already embedded as a time bomb, which then blew himself up.