Please Share this article is useful !
Jet Li (born in Beijing, China, 26 April 1963, age 46 years) is an actor born citizen of the United States Beijing, PRC hobby wushu play. He was born in Beijing. He began a career in the film world since 1982. Jet Li is one of the many actors who never received his formal training in acting.

Jet Li began studying martial arts since he was 8 years old. Much has been medal which he obtained from a Wushu athlete is. When the boom of the movies Kung Fu in China around the late 80s, the appeal of this enchanting world role Jet Li who have also 20 years old.

Jet Li's foray into the world of film in his first film SHAOLIN TEMPLE. The actor who was popular through ONCE UPON A sequel TIME IN CHINA it earned the nickname 'Jet' because the movement is fast and because of the Filipinos who find it difficult to pronounce the original name Jet Li. 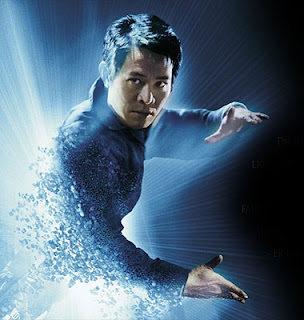 Career Jet Li apparently did not stop in Hong Kong alone. Jet Li agreed to play the villain in Lethal Weapon 4 movie because the director has promised to put Jet Li as a starring role in the next movie. And it's so true when Jet Li starred in ROMEO MUST DIE in 2000. Jet Li in the movie game DANNY THE DOG could surprise some fans for not normally Jet Li played a character like that.

The actor who had turned down the role in the film Crouching Tiger, Hidden DRAGON because already promised his wife would not play movies during her pregnancy plans soon to finish his career in Kung Fu films and concentrate on other film genres. One included in the plan is filming a documentary on Buddhism. Jet Li while rarely appearing in the entertainment world because he is more concentration on social activism. Since the unfortunate result of the tsunami in 2004, he founded a humanitarian organization, One Foundation in January 2005. The concept is that each person donates one dollar each month. In this way, he hoped to encourage more people to help others.