Please Share this article is useful !
Joseph "Joe" Satriani or "Satch" was born in Westbury, New York, on July 15, 1956. Joe Satriani is a mixture of Italian Americans, his Grandmother Grandfather of the Father came from Piacenza and dai mother side came from Bari. Satriani was inspired to play guitar at the age of fourteen years after the death of Jimi Hendrik. He heard the news in the middle of football practice, and he's fighting his coach and announced that he quit playing football and going to be a guitarist.

In 1980 Satriani started playing with a band based in San Francisco called The Squares, and continues, builds networks that made him join the Greg Kihn band, which at the time his career is in decline, but very happy to help Satiani repay credit card debts of making his first album. When his friend and pupil Steve Vai reached its heyday playing with David Lee Roth in 1986, Vai raved about Satriani often in several interviews with guitar magazines, including an interview with Guitar World magazine. In 1987, Satriani's second album "Surfing With The Alien" became hits on the radio and reaching the top for the album only instrument alone (without vocals) at the time. In 1988 Satriani helped meproduseri EP Death Metal band Possessed. 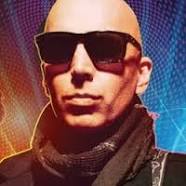 In 1988, Satriani was recruited by Mig Jagger as lead guitarist on his first solo tour. Then in 1994 his Lead guitarist Satriani Deep Purple. Satriani has worked with many guitarists of various genres, including Steve Vai, John Petrucci, Eric Johnson, Larry LaLonde, Yngwie Malmsteen, Brian May, Patrick Rondat, Andy Timmons, Paul Gilbert, Adrian Legg, and Robert Fripp through the annual G3 concert Jam. Satriani is now the lead guitarist for the supergroup called Chickenfoot.

In 1988, Satriani released the album Crystal Planet, which again has a color sound like his works of the 1980s in the past. The album was followed by Engines Of Creation, one of the highly experimental album of her using elektronica sound.

In 1989, Satriani released the album Flying In A Blue Dream. He said that the album was inspired by the death of his father, who died in 1989 during the making of this album. The songs in this album is much in use in many films and commercials such as "One Big Rush" in use in the movie soundtrack of his Say Anything ... Cameron Crowe, "The Forgotten Part II" was in use in an ad Labatt Blue in Canada in 1993, "Can not Slow Down" In life in a car chase movie that starred Don Johnson in Nash Bridges entitled.

In 1992, Satriani released The Extremist which is the most commercially successful album to date. Radio stations across the country immediately picked "Summer Song" is getting more attention from campaigning Sony portable CD album through their "Discman". "Crying", "Friends" also became hits on American radio at that time.

At the end of 1993, Satriani joined Deep Purple as a temporary replacement for Ritchie Blackmore during the band's tour in Japan. The concert was a great success and Deep Purple guitarist Satriani still offer them, but Satriani refuses, on the grounds that he has signed a contract for the manufacture of a solo album with Sony, so Steve Morse took the place as a guitarist in Deep Purple.

In 1996 Satriani formed G3, which contains three Instrumental Rock Guitarist. Her original line up was Joe Satriani, Steve Vai and Eric Johnson. G3 Tour persisted after one year celebration. Where only Satriani is the only permanent member, but is still accompanied by a second guitarist and a third with another guitarist. Guitarists to ever play in the G3, among others: Yngwie J Malmsteen, John Petrucci, Kenny Wayne Shepherd, Robert Fripp, Andy Timmons, Uli Jon Roth, Michael Schenker, Adrian Legg and Paul Gilbert. 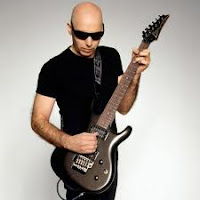 Over the next few years Satriani regularly recorded and released the album, including Strange Beautiful Music in 2002 and Is There Love In Space in 2004. In May 2005, Satriani concerts around India for his first time, in cities visited on this tour are Delhi, Kolkata and Mumbai. In 2006, Satriani released the Super Collosal and Satriani Live!, Two other disc album and DVD recorded on May 3, 2006 at Groove in Anaheim California.

On August 7, 2007 Epic re-released Surfing With The Alien to celebrate 20 years of its release this album. This album includes two discs numbered and re-release a DVD featuring performances Montreoux Live at the Jazz Festival in 1988 which has never been seen before. Satriani's next album is Professor Satchafunkilus And The musterion Of Rock which was released on 01 April 2008. On February 2, 2010 Satriani released a live DVD that was recorded in Paris entitled "Live In Paris: I Just Wanna Rock" and is a two CD set.

In March 2010 Satriani joined with several guitarists to show Hendrik Tribute Experience Tour, which featured songs in writing by inspiration of Hendrik. In May 2010 Satriani announced that he will enter the studio to record his next solo album Satriani released his 14th studio album which is titled Black Swans And Wormhole Wizards on October 5, 2010.

On December 4, 2004, Satriani filed a copyright infringement against Coldplay, Satriani claims that the song is Coldplay's "Viva La Vida" took a substantial portion of the Satriani song titled If I Could Fly from his 2004 album Is There Love In Space?. Coldplay won the "Song Of The Year" and Coldplay denied the allegation. Finally, the settlement is not in the set taken by both sides.

Satriani is recognized as a guitarist with sophisticated techniques, and is a guitar virtuoso. He has mastered many performance techniques on the instrument, including legato, Two Handed Tapping and Tapping Arpeggio, Volumes swells, harmonics, and Extreme Whammy Bar Effect. One of his Trade Mark compositional trairs is the use of Pitch Axis Theory, which in its use in a variety of modes. When parts wear quickly Satriani legato section (which can be from Hammer Pulls On and Off) that produces a very smooth flow. He is also proficient in various types of speed as rapid alternate picking and picking swip, but rarely foothold.

Satriani has sold over 10 million albums worldwide and has received 14 Grammy nominations Kali. Many fans and friends call him by calling "Satch" Satriani which stands

Joe Satriani has been boosted by Ibanez guitars and Peavey JSX amplifier. Both are created for a specific signature Satriani. Ibanez JS 100 is essentially, then replaced with the Ibanez 540 Radius model that Satriani is an early endorsement. However, Satriani uses a lot of other tools, most guitars made by Ibanez, including the JS 1000 and JS 1200. These guitars using DiMarzio PAF Pro (which he used until 1993 in the position of neck and Bridge). DiMarzio Fred (which he used in Bridge position from year 1993 to 2005), and the Mo 'Joe and PAF Joe (which he used in Bridge and Neck from 2005 to date). JS signature is his signature belongs to JS 1000, JS 1200, JS2400, JSBDG, and JS20th, taking Edge Double Locking Tremolo Ibanez original. JS 100 and JS120s wear Edge 3 Tremolo Bridge from Ibanez. JS 1600 using the merger Bridge guitar with no tremolo. The most frequent guitar he used during the 1990's was a chrome-finished guitar which is called "Chrome-Boy". This guitar can be seen on the DVD Live In San Francisco. However, the guitar most often used for guitar in concert is called as "Pearly" Pearly Gates with Seymour Duncan pick ups.

Satriani also uses many other JS models such as the JS double neck model, JS700 taking fixed bridge, P-90 pickups, and a fit body and neck are made of Mahagony wood, JS6/JS600 (natural body), JS1 (the original JS model of ), JS2000 (fixed bridge model), various types JS100s and JS1000s and JS1200s with standard paint, and with large numbers of prototypes other Js. All double locking Edge Edge tremolo bridge is original, not the latest model. Joe also plays guitar red 7-string JS which is a model as well.