Please Share this article is useful !
Built Friendster by Jonathan Abrams in 2002, Friendster has become part of the lifestyle of modern society. With the various facilities it offers no less than 50 million people in the world have become members of the social networking website.

Social networking website that pioneered Abrams in Mountain View, California, USA. Friendster's presence had become a surprise phenomenon. Without fanfare promotion, his presence immediately received a warm welcome from the lovers of the virtual world. In an instant, millions has widened its members.

Not only that, Friendster has also earned funding of about $ 14 million from venture capital and internet players heavyweights, such as former Yahoo CEO Tim Koogle, former CEO of PayPal, Peter Thiel, as well as former vice president amazon.com, Ram Shriram.

Nearly two years Friendster rampant as the largest friendship site. But according to Nielsen Online, in 2004 similar websites, MySpace, Friendster managed to overtake the dominance of the members. Friendster now has to compete with a number of sites that offer similar facilities, such as Windows Lives Spaces, Yahoo! 360 and Facebook. 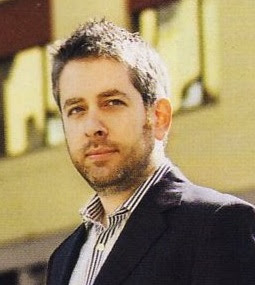 For Abrams, Friendster is the lucrative business vehicle. Because Friendster can also attract a fee for the special facilities it offers. Had heard Friendster will quote the cost for special services at 9.95 U.S. dollars per month, though later canceled. Just imagine if there were 10% of the 50 million members who menajdi special member, then Friendster could pocket hundreds of millions of dollars per month.

After two years at the helm and raise Freindster, in April 2004 Abrams Friendster Inc. CEO quit. Koogle was replaced in the team who is also President and CEO of Yahoo!.

Friendster Time magazine awarded the title of "Coolest Inventions of 2003". In the same year Abrams was named as the "Breakout Star of 2003" by the Entertainment Weekly. A year later, Advertising Age Magazine mendapuknya as "the Entertainment Marketers of the Year 2004".