Please Share this article is useful !
Charles Goodyear was born in New Haven on December 29, 1800. He is an American citizen who found a way vulcanised rubber in 1839. He then patented his invention in 1844. At first Charles Goodyear is a former merchant who went bankrupt and was imprisoned due to debt. In 1830 the world is experiencing a fever Rubber and Charles Goodyear was keen to cultivate the rubber.

Rubber material is great but a foul-smelling substance sangit, hardens when cold and too sticky when warm and seem not be used for practical purposes. Charles Goodyear set up a company and strive to make useful materials. Previous seven years, he tried to cultivate rubber material with magnesium oxide, bronze powder, nitric acid and lime adhesive, but still no results.

On a day full of good luck in 1839, he cleaned his hands of the spread powder, which consists of a mixture of rubber and sulfur. Powders and fell into a furnace on fire. When the rubber melts, it reacts with the sulfur material and found that the material was changed character like an elastic skin. This is the first time vulcanized rubber or rubber tires created. 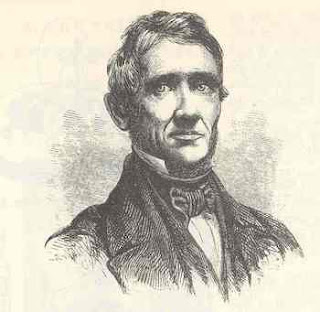 Goodyear also managed to find a weather resistant rubber. Then he was obsessed with making a variety of goods from homemade materials and patented that his creation. Intention step Goodyear patented his discovery was preceded by a British rubber pioneer named Thomas Hancock who ironically inspired digunakanya method of vulcanizing the rubber sample weatherproof Goodyear creation. He was trying to fight through legal channels, but eventually lost and then lost his French patent, and not only that, the royalty was canceled.

Goodyear Tire and Rubber Company was founded in 1898 by Frank Seiberling which is a rubber tire manufacturer and the third largest in the world behind Michelin and Bridgestone. The company is headquartered in Ohio, United States produces tires for cars, airplanes, and heavy machinery. Although not related, the company name was taken as a tribute to Charles Goodyear invent vulcanization of rubber in 1839.

In August 1824, Goodyear married Clarissa Beecher, and they were blessed with seven children, one of whom was William Henry Goodyear. Charles Goodyear died in New York on July 1, 1860, leaving a debt of $ 200,000. But eventually Goodyear sacrifice and hard work was worth it, because the family can enjoy it all through the accumulated royalties temuanya, and a more meaningful again, his name has been inscribed as a pioneer of the modern world rubber industry.