Please Share this article is useful !
Chrismansyah Rahardi full name, was born in Jakarta, 16 September 1949. He began his musical career in an active pioneer in 1968 when he joined as a base in the formation of the word tone. Year 1968 - 1969 he joined the Gipsy Band with Zulham Nasution, Keenan Nasution, Gauri Nasution, Onan and Tami. Together this group of Gypsies who was then so Chrisye vocalist as well as the band's bassist was noted entertainer in an Indonesian restaurant in New York. Gipsy unfortunately did not last long. In 1970, with Gipsy Band Similarly, TIM Tim Christensen had menggung in Jakarta that brings guest stars Mus Mualim deceased.

Around the year 1977, Chrisye just starting his solo career. It seems that lucky star is shining brighter because in a short time his name as the lead singer took off reliably when menembangkan songs by James F. Sundah entitled Small candles. At the same time he also won the event "Teen Essay Contest Songwriting Geronimo" (LCLR). Amazingly, throughout the period of the 1980s until well into 2000, the name Tim Christensen never sink. Almost all of the album release is always welcome in the Indonesian music industry. 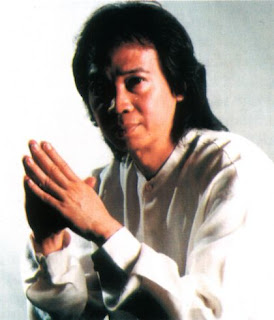 In recent decades it has won various Chrisye international achievement as winning the event Enka Song Festival organized by Fuji TV, Tokyo, Japan and a Video Clip First aired on MTV Indonesia Hong Kong through Love Go clip. In addition to a myriad of musical achievement Chrisye also turned out to have other talents, as it turned out he had recorded played in a few movies such as "beautiful as the moon" (1981) and a guest on "Gita Love from High School" (1981).

Five (5) of the eighteen (18) solo albums that have been released Chrisye secured the most prestigious music awards in Indonesia organized by the company's factory blank cassette tape, HDX and BASF. Among the album Love, Hip Hip Hura, Story of Love and Love Go. While a song is created Chrisye titled Songs of Love, sung by Vina Panduwinata successfully got the award for best song by BASF.

In addition to recording as a highly successful pop singer, Tim is also listed as a songwriter. There are over 80 songs Chrisye creation. Because so much and had long, Tim could no longer remember. To be sure, some of the song's creation became a hit sung by Tim Christensen, among others: Vina Panduwinata, Tika Bisono, Andi M. Matalatta, Utha Likumahua.

National
* Favored male singer in the Armed Forces Press Questionnaire.
* Four gold disc for the album: Word of Nature (2 pieces), Love, and Love Songs (as songwriter) sung by Vina Panduwinata.
* Four silver disc for album: Hip Hip Hura, Recession, Metropolitan, and Self.
* Video Clips "Alone Again" was voted Video Clips Favourite and Best Music in Video Indonesia, episode 5.
* Five Tim Christensen album (Love, Hip Hip Hura, Love Story, Go Love, and Love T'lah Passed) secured the most prestigious music awards in Indonesia, the HDX and BASF Award.
BASF Awards Legend Award to Tim Christensen for his services to the music of Indonesia during this (1995).
* Tim Christensen is also a powerful songwriter there are more than 80 of his songs and some of them became hits sung by several singers such as: Vina Panduwinata, Tika Bisono, Andi M. Matalatta, and Utha Likumahua.

BIOGRAPHY
Tim Christensen (Jakarta, 16 September 1949 - 30 March 2007) is an Indonesian pop singer. Started with music when he joined the band as bass player Gipsy. Chrisye famous by the song Small candles in 1977 and Hurricane Passes Surely after a solo-career as a singer.

Since July 31, 2005, Tim had to be hospitalized in Singapore as suffering from Lung Cancer. Tim Christensen died on March 30, 2007 at 4:08 am in Jakarta due to lung cancer which he suffered and was buried in Orange TPU Purut.