Please Share this article is useful !
Dream Theater in September 1985 when guitarist John Petrucci and bassist John Myung decided to form a band to fill their spare time while attending Berklee College of Music in Boston. They then found a drummer, Mike Portnoy, in one of the rehearsal rooms at Berklee, and after two days of negotiations, they were able to persuade Mike Portnoy to join. After that, the three of them to fill the two vacant places in the band, and Petrucci asked his band mates, Kevin Moore, to be a keyboard player. She agreed, and when Chris Collins invited to be a vocalist, the band was complete.

With five members, they decided to name the band by the name Majesty. According to the documentation DVD Score, they were lined up tickets to the Rush concert at the Berklee Performance Center while listening to Rush with a boom box. Portnoy and said that the ending of the song (Bastille Day) sounds very "majestic". That's when they decided Majesty is a good name for a band, and remained good until now.

At the time - this time, Portnoy, Petrucci and Myung are still struggling with their studies, as well as the part-time work and teaching. Their schedule became tight tips so they had to decide between pursuing a career in music or end the band Majesty. But eventually Majesty wins and they all come out of Berklee to concentrate on music careers. 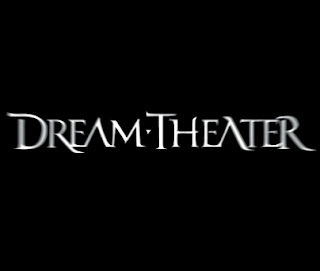 Petrucci commented about this in the documentation DVD Score, said that while it is very difficult to ask their parents to go to music school. And harder again to convince his parents that he should get out of school. Moore is finally out of school, SUNY Fredonia, to concentrate on the band.

they have released eight studio albums, four live recordings and a short album (EP). Their first album, When Dream And Day Unite recorded with Charlie Dominici as Kevin Moore as the lead singer and keyboards player. Dominici was much older than the other members and want to play other music, so he then came out of the group. They then look for an ideal replacement for 2 years to finally meet with James LaBrie, lead singer of Canada through the auditions. Together they recorded LaBrie Images And Words that catapulted their name into the ranks of the international hit, "Pull Me Under" and "Another Day". Awake is an album

Their last with Moore who was later replaced by Derek Sherinian for the album Falling Into Infinity. Sherinian also eventually replaced by Jordan Rudess and this formation still persist to this day. They have launched a concept album Metropolis 2: Scenes From A Memory and a double album Six Degrees Of Inner Turbulence. In 2003 they decided to record a non-concept album Train Of Thought, which is heavily influenced by thrash metal groups like Metallica.

Their album titled Octavarium issued on June 7, 2005 and in addition is the eighth studio album also contains eight songs. After Dream Theater Live album launch their 20th anniversary, entitled Dream Theater formed Score recorded on April 1, 2006 at Radio City Music Hall, U.S.. They again preparing to launch their ninth album with a new record label flag is RoadRunner Records, they had completed the album Systematic Chaos contains eight tracks and will be released on June 5, 2007 in the U.S..

Some unique songwriting techniques have been conducted by Dream Theater, which mostly occur in the future - the present, when they can experiment with their own record label. Starting with the Train of Thought, Dream Theater have started inserting elements - small and hidden elements in their music, and contains elements to the more fanatical enthusiasts. Characteristics of the most well-known (the so-called "nugget") hidden in "In the Name of God ', which is a morse code of" eat my ass and balls "(eat ass and cock), which is the word - the famous words of Mike Portnoy . Since then, many enthusiasts - Dream Theater enthusiasts started trying to find things - the little things that usually do not appeal to ordinary enthusiasts.