Please Share this article is useful !
Armstrong was born on December 18, 1890 in New York City, United States (U.S.). Ingenuity and tenacity have appeared since childhood. In fact, when he was only stepping 14 years, he has been aspiring to become an inventor.

As a teenager, he started trying to be a service person household appliances cordless (wireless), and while in high school, he began a trial by making the antenna mast in front of his house to study wireless technology at that time often experienced interference. He was quickly able to understand the problems in the communication device. He can also find weaknesses transmission signal at the receiving end of the communication. In fact, there is no other way to strengthen the power at the sending end. 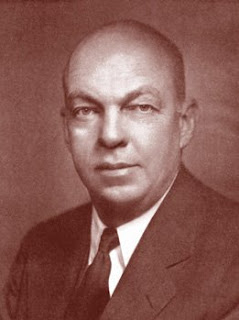 To develop knowledge on the issue of communication wave, after graduating high school, Armstrong entered Columbia University majoring in engineering. At the university that he continued his research in the field of wireless. In the third year at Columbia University, Armstrong introduced the findings, such as the first radio wave amplifier (radio amplifier). Radio itself is already discovered first by Lee De Forest Audion tube using a tube called Lee De Forest. However, the radiated wave is still too weak.

Armstrong learned how the tubes Lee DeForest and then redesign by taking the electromagnetic waves coming from a radio transmission and quickly signaled back through the tube. Just for a moment, the signal strength will increase as much as 20,000 times per second. This phenomenon is by Armstrong called "regeneration radio", which is an important finding and needs to be there when the radio first. With this development, the radio technician does not require a 20 ton generator again to their radio station airs. Single circuit design becomes the key findings Armstrong continuity wave transmitter is the core radio operations. And he graduated bachelor of engineering in 1913. Upon these findings, Armstrong patented his creation and give the license to the Marconi Corporation in 1914.

After World War I ended, Armstrong returned to Columbia University and worked as a professor at the university. In 1923 he married Marion MacInnes, secretary of the president of RCA, David Sarnoff. In that decade, he was involved in the battle to control the company's radio patents. This continued until the early 1930s, and Armstrong lost in court. However, he continued to research to solve the problem of radio statistics. He concluded, there is only one solution that has stolen his work can be appreciated, which is designing a completely new system.

Study after study continues to do to further refine his radio voice. In 1933 Armstrong introduces radio system FM (frequency modulation), which gives crystal clear reception even though there was a storm and offers high sound accuracy not previously exist. The system also provides a single wave with two radio programs with a single haul. The development is called multiplexing.

The main diff between an AM to FM is a way to modulate his voice. FM wave has an additional range of 455 KHz plus. So, if there frekeensi 88.00 FM radio, he actually used the frequency 88.00 MHz + 455 KHz. Why is there an additional 455 KHz? Well, that FM waves modulate digital sound. Thus, the audio sound waves digitally chopped corresponding audio frequency (ear thresholds between 6 Hz - 20 KHz). After digitally chopped (optional 455 KHz was, as digital audio buffer), digital signal TSB. on-mix with radio waves (carrier) frequency 88.0 MHz were before, and then thrown into the air. Important this part of the system is the FM transmitter antenna, transmission line, and the transmitter itself.

To introduce his findings to the world, in 1940, Armstrong received permission to establish the first FM radio station established in Alpine, New Jersey. Thanks to these findings, in 1941, the Franklin Institute has honored Armstrong Franklin medal form, which is one of the highest honors the scientific community. Defeat in dispute for years with companies that have made use of the copyright, does not affect the provision of the Franklin medal.

Unfortunately, Armstrong had to end his life with tragic way. The inventor of FM radio waves are found committed suicide in 1954. His wife, Marion MacInnes, who became heir to the findings of Armstrong continued her struggle fought in court and won millions of dollars. Top sound clarity produced in the early '60s, FM channel radio system dominates, and even used for communications between Earth and outer space by the U.S. National Space Agency, NASA.