Please Share this article is useful !
Fidel Alejandro Castro Ruz (born August 13, 1926) is the President of Cuba from 1976 to 2008. Previously, he served as Prime Minister on his appointment in February 1959 after appearing as a commander of a failed revolution concurrently President of the Council of State of the Council of Ministers of Fulgencio Batista in 1976. Castro appeared as the first secretary of the Cuban Communist Party (Communist Party of Cuba) in 1965 and transformed Cuba into a one-party socialist republic. After performing as president, he appeared as military commander of Cuba. On July 31, 2006, Castro handed over his presidency to his brother Raul for some time.

In 1947, he took part in the coup attempt Dominican Republic dictator Rafael Trujillo and fled to New York (United States) will be finished because of the threat of political opponents. After earning his doctorate in law in 1950, he protested and led the underground anti-government takeover coup by Fulgencio Batista in 1952. In 1953, he led an assault on the Moncada military barracks Santiago de Cuba, but failed. A total of 69 people of the 111 people who took part in the raid was killed and he was jailed for 15 years. 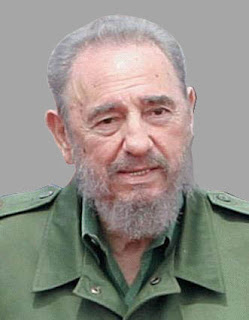 After getting a pardon and was released on May 15, 1955, he led the overthrow of the dictator Batista. Resistance was then known as the July 26 Movement. On July 7, 1955, he fled to Mexico and met with revolutionary fighter Che Guevara. Together with 81 other people, he returned to Cuba on December 2, 1956 and conduct guerrilla warfare for 25 months in the mountains of the Sierra Maestra.

Outside Cuba, Castro began to join forces to counter the dominance of the United States and the former Soviet Union. After the collapse of the Soviet Union in 1991, the ideals and dreams began to be realized by meeting Hugo Chávez in Venezuela and Evo Morales of Bolivia.

By the day of the 80th birthday which falls on August 13, 2006, he handed over the reins of leadership to his brother for a while. Practically, Raúl concurrently, ie, as the President of Cuba and the Cuban defense minister. This handover is the first time since he ruled Cuba in 1959. Castro also requested the celebration of birthday 80th postponed until December 2, 2006. In fact, during the four-day feast in the main streets of Havana has been prepared, including a magnificent concert of Latin American musicians and singers.

Castro health had declined after falling while addressing in 2004. At that time, left knee and right arm hurt. After surgery the digestive organs in 2006, he handed over power to his day, Raul. He then appeared in only a few records before declaring himself resigned in 2008. On February 19, 2008, five days before its mandate ends, Castro said he would not run as well as receiving tenure as president or commander of the Cuban armed forces. His post was replaced by his younger brother, Raul Castro.