Please Share this article is useful !
Frederick Grant Banting was born on November 14, 1891 in Allison, Ontario Canada. He was the youngest of five brothers mate William Thompson Banting and Margaret Grant. After high school to continue their education at the University of Toronto majoring in Theology and moved into medical school.

In 1916 Frederick received his MB and worked as a doctor in the Army Corps World War I ended Kanada. And he majored orthopedic school again while working at the hospital. He also works part-time as lecturer orthopedics at the University of Western Ontario Canada. Since the year 1921, Frederick became professor of pharmacology University of Toronto and received his MD and got a medal for his services.

Frederick Grant Banting was the first doctor in the world who discovered insulin. Insulin is a hormone that converts blood sugar / glucose into muscle glucose / glycogen produced in the pancreas. Deficiency of this hormone can cause diabetes. 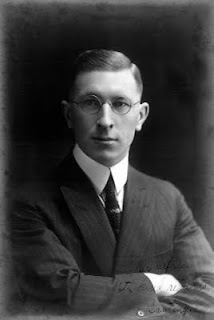 Frederick with his assistant Dr. Charles Best start experimenting in the discovery of insulin and the results are quite encouraging. Assisted Macleod and a chemist James Collip through insulin extraction techniques were able to produce insulin extract useful as it is now, then produce it on a large scale through tissue culture with the help of micro-organisms. Previously, however, Banting had become very interested in diabetes.

The work of Naunyn, Minkowski, Opie, Schafer, and others have shown that diabetes is caused by a deficiency of a protein hormone secreted by the islands of Langerhans in the pancreas. This hormone Schafer had given the name insulin, and he suspected that insulin controls the metabolism of sugar, resulting in a deficiency in the accumulation of sugar in the blood and excrete glucose in the urine. Efforts to supply food missing insulin by patients with fresh pancreas, or extracts from it, has failed, probably because the protein insulin is destroyed by proteolytic enzymes from the pancreas. The problem, therefore, is how to extract insulin from the pancreas before it's been so destroyed.

While he was considering this problem, Banting read in a medical journal article by Moses Baron, which shows that, if the pancreatic duct was closed by ligatures experiments, cells of the pancreas which secrete trypsin degenerate, but that the islands of Langerhans remain intact. It is suggested to Banting the idea that ligation of the pancreatic duct would, by destroying cells that secrete trypsin, avoid the destruction of insulin, so that, after sufficient time has been allowed for the degeneration of the trypsin-secreting cells, insulin might be extracted from the islands Langerhans intact.

Determined to investigate this possibility, Banting discussed with various people, among whom was JJR Macleod, Professor of Physiology at the University of Toronto, and Macleod gave him facilities for experimental work. Dr. Charles Best, then a medical student, Banting was appointed as an assistant, and together, Banting and Best began the work that led to the discovery of insulin.

In 1922 Banting was appointed Senior Demonstrator in Medicine at the University of Toronto, and in 1923 he was elected Chairman of the Banting and Best Medical Research, which has been awarded by the Ontario Provincial Legislature. He was also appointed Honorary Consulting Physician to the Toronto General Hospital, the Hospital for Sick Children, Toronto Hospital and the West. In the Banting and Best Institute, Banting dealt with problems silicosis, cancer, drowning mechanism and how to overcome it. During World War II he became very interested in the issues related to the fly (like a blackout).

In addition to his medical degree, Banting also obtained, in 1923, LL.D. degree degree (Queens) and D. Sc degree (Toronto). Before the Nobel Prize in Physiology or Medicine for 1923, he received along Macleod, he received the Reeve of the University of Toronto (1922). In 1923, the Canadian Parliament granted him a Life Annuity of $ 7,500. Banting in 1928 gave Cameron Lecture in Edinburgh. He was appointed as a member of numerous medical academies and societies in the country and abroad, including the British and American Physiological Society, and the American Society of Pharmacology. He was awarded a knighthood in 1934.

In 1923 Frederick Banting and Macleod received the Nobel prize in medicine and in 1924 King George V Canada gives his knight (knight) to him. He married Marion Robertson but then divorced and remarried to Henrietta Ball in 1937. When World War II Frederick Banting joined the corps of the Canadian Air Force and was involved in various projects of biological weapons, including anthrax bacteria production on a large scale. In 1941, the exact date is February 21 Frederick Banting died in a plane crash when he was on a flight in New Founland.