Biography of Georges Cuvier~Biologist Opponents of the Theory of Evolution


Please Share this article is useful !
Georges Leopold Cuvier was born on August 23, 1769 in the small town of Montbeliard who speak French in Wurttemberg region, not far from the French. He was the second son of three brothers. His father was an officer in the army and his family is Christian so devout Lutheran. His brother died shortly after he was born. Georges initially educated at home by his mother. His interest in zoology and botany have looked early on. Gone through basic education in Montbeliard.

From 1784 to 1788 he continued his studies at the Stuttgart Academy of Caroline, a school founded by the Duke of Württemberg to mendidlk young kids who would fill administrative positions in government. He, among others studied zoology and botany.

Since there is no vacancy in the office of the administrative nobility when Cuvier graduating, he went to France and became a tutor in a noble family in Normandi Protestant. Later he worked as a government employee in a small town. For seven years in Normandi, Cuvier utilize their spare time to study the local plants and animals, especially invertebrates along the coast. 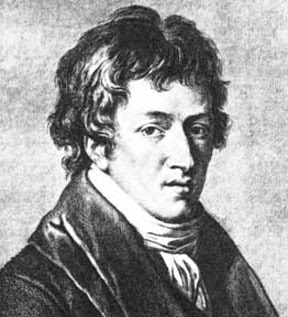 In 1795, Cuvier met A.H. Tessier, an agricultural expert. Tessier acknowledged ability Cuvier and suggested that he became an assistant professor in the field of comparative anatomy at the National Museum of Natural History in Paris. Comparative anatomy includes the study of the body parts of animals and humans as well as functions, equations and difference. Donations given great scientific Cuvier was that he "has established the science of comparative anatomy and paleontology." (Paleontology is the study of fossils of animals, humans, and plants.) She also contributed significantly to the classification of animals and plants.

During the early days of Cuvier at the Museum of Natural History, he worked with Professor Etienne Geoffroy Saint-Hilaire. Soon it appears that Cuvier's view of the world much different animal with a French biologist Geoffroy and other well-known, Jean-Baptiste de Lamarck.

Cuvier "assume that the anatomical features that distinguish groups of animals, proving that the species had not been changed since the time of the incident. Every species so perfectly coordinated, both functionally and structurally, so it might not survive the changes." That is, Cuvier believed that animals were created in different groups and remained, as the Bible says, even though we now know that the "species" should not be interpreted exactly the same as the "type" creature mentioned in the Book of Genesis.

Instead, "both Lamarck and Geoffroy Saint-Hilaire supports the notion that all animals can be arranged in" a large chain being "from the simplest to the most complex." Furthermore, they also believe that with the passage of time, one species can gradually evolve into a higher species. Lamarck said that the mechanisms that allow these changes are "worn absence of various members of the animal's body." Lamarck also believed that the document contained fossils forerunner of modern animals.

In this debate, the most powerful argument put forward is that Lamarck Cuvier could not prove the existence of the transformation of species. While Cuvier can show from the evidence that was brought back to France by Napoleon's army. The evidence showed that the pet has not changed since the time of ancient Egypt. He also pointed out that the disappearance of many animals because the animal is extinct, not because it turned out to be a new species. "

Cuvier rightly pointed out that fossils document precisely against evolution, not support it. He said that "if species have changed gradually, we should be able to find traces of the change; between the (fossil) paleotherium and the species was supposed to be no form of: but this does not exist." Until now it is still not refuted, despite the millions of fossils have been discovered since the time of Cuvier.

(The idea that one species evolved into another species has been around since ancient Greece. When Charles Darwin popularized the idea of ​​evolution, many years after the debate between Cuvier and his opponents, he only suggests a new mechanism, namely natural selection to justify the idea of ​​evolution. )

Cuvier and Lamarck also disagree about how life began. Lamarck believed the existence of spontaneous generation, that life could have originated from inanimate matter. However, Cuvier showed that "life always comes from life. Diverted We see life but never created." To this day, never discovered the existence of life from non-life. Nevertheless, evolutionists insist that this must have happened at some point.

Anatomical comparisons do not prove the animal is in the process of transformation into another species, but rather indicates that different types of animals have a similar structure. Evolutionists often stated, it confirmed their belief that the animals could turn into other animals. But it is also plausible that the similarity is due to the same Creator to design and use the same pattern for the same function in different animal species. Cuvier himself rejected the idea of ​​similarity bone structure as evolutionary justification.

In studying the anatomy of various animals, scientists often find organ whose function is unknown. The organ of this kind is known as a "vestigial organ". Evolutionists assume that these organs is the remnant of a once useful organ for ancestors evolved creatures.

Although Curier admits that "vestigial organs exist and therefore must be learned," he did not think it was important, for two reasons. First, at the time of Cuvier not widely found no apparent organ function. Second, Cuvier considers organs as "an important part of creation, and therefore must have a reason for its existence, even if we still do not know." Cuvier believes that organ called "vestigial" is not an evolutionary remnant which is not useful, but useful organs are still unknown function.

Scientific findings recently confirmed Cuvier beliefs about the usefulness of these organs. For example, the end of the human spine (often referred to as the tail bone) was once perceived as the rest (which is useless) of monkeys who are considered as our ancestors. It is now known that the bone is an important connection point for the muscles supporting the body and stomach contents. Another example is the tonsils, once considered useless and is usually discarded when experiencing inflammation. Now it is known that "the tonsils are an important tool to fight the disease. Hundred and eighty other organs once considered useless and just as the rest of evolution, now known to have important functions."

In an era of exploration of the world that constantly produces new findings plants and animals, are needed updating and improvement of the classification system developed by biologist Carl Linnaeus. Until now still use Linnaeus basic approach that uses a system of branching and the classification of plants and animals into categories and subcategories by parts of his body functions. Naming system consists of two parts is still used today.

Cuvier "expand and refine the Linnaean classification system by grouping related classes into a larger group, called phyla." (In the system of Linnaeus, the class is the largest group.) Instead of classifying animals according to the outer structure as that of Linnaeus, Cuvier classify them according to the structure because it is a better indicator of the similarities and differences in general.

The first step taken is to categorize animals according to the structure of the nervous system, then put them into sub-categories according to other system functions. "This new classification system and other works were very extensive and complete, based on the system, so help experts of his day to understand and mennahami all new information about the animals." Further, "since then, the principle of Cuvier become a reference for biologists in performing classification" even though the system has undergone many changes.