Biography of Guglielmo Marconi~Inventor of Radio


Please Share this article is useful !
Guglielmo Marconi (1874-1937) Born in 1874 in Bologna, Italy. Radio inventor of private education can be a teacher. In 1894 when the age of twenty, Marconi read experiments conducted by Heinrich Hertz few years earlier. These experiments clearly demonstrate the existence of electromagnetic waves are invisible to the eye, moving through the air at the speed of sound.

Marconi then intrigued by the idea that these waves can be used to send signs across long distances without wires by providing many possible development of communication could not be reached telegram. For example, in this way the news can be sent to a ship at sea.

In 1895, only a year of hard work, Marconi succeeded memprodusir necessary equipment. In 1896 he demonstrated his discovery tools in the UK and obtained his first patent for the invention. Marconi rushed established company and "Marconi" was first delivered in 1898. 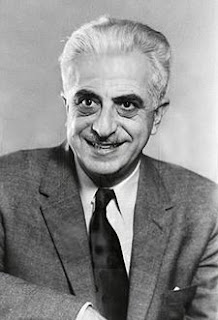 The following year he was able to send a message through the wire without crossing the English Channel. Although the most important patent obtained in 1900, Marconi continue making and patented many improvements in the basis of its own findings. In 1901 he managed to send a radio message across the Atlantic, from England to Newfoundland.

The importance of the new discovery is dramatically illustrated in 1909 when the SS Republic damaged by collision and sank to the seabed. News radio is very helpful, all the passengers could be rescued but six people. In the same year Marconi won the Nobel Prize for his discovery. And the following year he succeeded in sending radio news from Ireland to Argentina, a distance of over 6000 miles.

All news is sent through the system marks Marconi code. As is known, the sound can be transmitted over the radio, but this can only happen around 1915. Radio broadcast on a commercial scale are just beginning the early 20's, but its popularity and its importance grows very fast.

An invention patent rights have a high price by itself lead to conflict in the courts. However, through the various court charges vanish vanished after 1914 when the court recognizes the rights of Marconi. In the following year, Marconi conduct investigations also important in the short-wave and microwave communications. He breathed his last in Rome in 1937.

Besides being famous as the inventor Marconi also clear undoubted influence in terms of the importance of radio and matters related to it. Marconi did not discover television. However, the discovery paves the way radio is important for television, because it is worth it considers Marconi had a stake also in the development of television.

Clearly, wireless communication has very important meaning in the modern world. This is very useful for delivery of news, for entertainment, for military purposes, for scientific investigations, to policing duties, and other purposes. Although to some extent telegram (which already found people more than half a century earlier) has arguably usability, the use of radio massively really do not. He can be reached cars, ships at sea, aircraft that were airborne, and even spaceships. Clearly a more important invention than tilpun for news delivered via tilpun can also be sent via radio, besides radio messages can be sent to places that can not be achieved tilpun.

Marconi had a higher order in this list rather than solely Graham Bell since wireless communication is more important than the discovery tilpun. Edison I placed a little higher in the order than Marconi's book lists a large amount of discovery because he had done, though none that surpass the significance thereof radio.

Because radio and television is only a small part of the practical use of the theoretical work of Michael Faraday and James Clerk Maxwell, Marconi fair if the order should be placed slightly lower than both. Simultaneously it is also clear that a small number of political figures who had a major influence on the world as belonging to Marconi, because it was worth it anyway he was placed on a high enough position in this list.