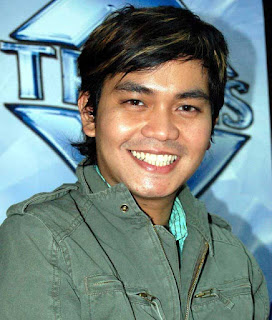 Indra Bekti born in Jakarta, December 28, 1977 is a model, host, actress, singer and television host Indonesia. On December 28, 2005 on his birthday the 28th he issued a book entitled Ipank 28 Ways to Stardom 28 and 28 secret tips career success and experience in the world of entertainment Indonesian. Childhood of Ipank spent in the city. Indra was raised by a couple Aruji Priyanto (father) and Alm. Syaprida (mother) in a very warm family atmosphere. It must be the second child of four children she did not feel spoiled.

Indra parents always instill discipline in children. Whether it's in education or regulatory problems at home. Baby Indra once they smelled the village, such as hide and seek, playing cat and mouse and the water is his favorite toy. There was one incident that is still burned into his memory. As a boy he was a little stubborn, while in elementary school, along with his cousin played in the pool, coincidentally the place not far from home. Once there, he and his cousin jokes by spraying water into their bodies. When his cousin again off guard, Indra intends to shock him by pushing his body into the pond. Apparently the urge Indra was too tight, so he lost his balance when his foot slipped. Indra says saying "Bruk .." He rolled his head connected with a collision on the rocks. Then Indra stunned to see the blood flow in the head cousin. From that incident, Indra trauma play in the pond.

Then there is one game that often Indra do yourself at home, which is reading the news. From small Indra wanted to be a host or presenter. Still recorded in its memory, Indra often imitating the style of people who are bringing the news on television. By way of a mirror or in front of the wall, Indra speaking style has changed in such a way'll look authoritative. Indra then said "I do not know why I feel confident seeing myself in the mirror, sometimes I fantasize I stood there in front of a camera that will be recorded in my face with a television news script in hand, looking tingkahku like that, I became the laughingstock of the whole house . " "Hearing my voice always changing" she said.

Then the time in junior high school, Indra the voice of anime called Candy-Candy. At that anime is popular in his day. Although only the voice, he's proud, I think it's time pertokohnya paid Rp 30 thousand. Indra can buy anything he wants without having to nag the same first parents. Then he said, "UIH ... how not excited, at the relatively young age I've been able to make money themselves." "This is the first result sweat own money" so he said.

From here Indra motivated to continue learning. After high school he tried to broadcast on the radio and eventually I got the tv as well, he said "Thank God for my hard work can be enjoyed by all those who love" so he said. Finally, it was time when Indra dream really come true. He entered television. His face first appeared on television as the host of Tralala Trilili with Agnes Monica. After that, the offer came a private broadcaster. In this place he claimed to get a special lesson among others about public speaking. All that a provision which is very important to her. Graduated from high school, move youth who collected many hats even louder. It is not difficult for him the choice to continue their education to a higher level. Men's 170 cm tall college majoring in public speaking at the London School D1.

Of the profession, Indra got a lot of pleasure. Can inform the viewers, chat, and meet lots of people. He said: "We can extract about life during the interview., And was also a technique" he said. Together Indy Barends, he was flying through the program nosy television station Trans TV. In this program, the viewer can see the action of an increasingly mature, funny, and fresh. Typical words appear, How so .... In FAP, he also hosted a quiz show Komunikata program. Not to mention the ads are more diligent milling. Naturally now also enjoy the convenience of Indra named an abundance of material. 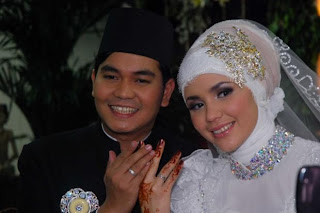 By becoming a host and MC, I could buy a car and an apartment menyicil he said. Now he's also got the honor of being the host of production Helmy Yahya named Occupants Recently started this year. His dream is still a lot. He wants to be master of ceremonies who has her own show, can exist in the entertainment world, and get the award. To reach it, Indra got tips. He prefers to read and learn from the experience. We open eyes, open ears, sociable, open your heart to receive input, it enriches us, he said.