Please Share this article is useful !
Famous British physicist James Clerk Maxwell was well known through the formulation of four statements that describe the basic laws of electricity and magnets. Both of these areas before Maxwell was investigated for a long time and it is the same note there is a link between the two.

However, despite the various laws of electricity  have been discovered and some truth in some respects, before Maxwell, none of those laws that constitute a unified theory. In this he has four legal instruments formulated in brief (but have a high weight), Maxwell managed to accurately describe the behavior and the relationship between electric and magnetic fields. That way he transformed a large number of phenomena into a single theory that can be used as a handle. Opinion Maxwell has become a fad in the previous century extensively in both the theory and the practice of science. 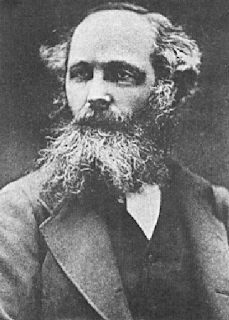 Thus, Maxwell is not merely the opinion of the basic laws of electricity, but it is also the basic law of optics. Indeed, all previous laws known as the laws of optics can be attributed to his opinion, too many facts and relationships with things that were once unspeakable.

Light visible to the eye is not just the type that allows electromagnetic radiation. Opinion Maxwell showed that electromagnetic waves other, unlike visible light by the eye in her wavelength and frequency, there may be. This theoretical conclusion is wonderfully enhanced by Heinrich Hertz, which is able to produce and meet the two waves are visible to the eye was predicted by Maxwell. A few years later, Guglielmo Marconi demonstrated that the wave is not visible to the eye can be used for wireless communication so what are called radio. Now, we use also for television, x-rays, gamma rays, infrared rays, ultraviolet rays are examples of electromagnetic radiation. Everything can be learned through the ideas of Maxwell.

Although Maxwell's most prominent fame lies in his mind the tremendous contribution in the field of electromagnetic and optics, he also made important contributions to science in other ways, including astronomical theories and thermodynamic (heat affairs investigation). One of particular interest is the kinetic theory of gases. Maxwell realized that not all gas molecules move at the same speed. Some are slower, some faster and some with remarkable speed. Maxwell tried special formula shows the smallest molecules move (within a certain temperature) at a certain speed anyway. This formula is called the "spread of Maxwell," is the most widely used formula in scientific formulas, and contains an important meaning and benefits of each branch of physics.

Maxwell was born in Edinburgh, Scotland, in 1831. He develops early: at the age of fifteen he was able to present a scientific paper on "Edinburgh Royal Society." He entered the University of Edinburgh and graduated from the University of Cambridge. Married but childless. Maxwell is generally considered the greatest theoretician in the field of physics in the entire period between Newton and Einstein. Brilliant career ended too soon because he died of cancer in 1879 in the attack, shortly after celebrating the birthday-48.