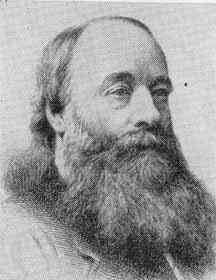 James Prescott Joule, a British scientist whose name is enshrined into energy unit Joule was born in Salford, Lancashire, England on December 24, 1818. James Prescott Joule formulate Conservation Laws, namely "Energy can not be created nor destroyed." He was the son of a wealthy businessman beer, but he never felt the slightest education in school until the age of 17 years. This is because as a child he was always sickly due to injuries in his spine. Thus, he was forced to just stay at home all day.


Because of that, his father accidentally brought to his home tutor and provide all the necessary books Joule. Not only that, her father even provides a special laboratory for the Joule. Even so, do not just rely on Joule lesson he got from the corresponding private teacher. Joule still trying to learn on their own so that most of the knowledge he has acquired by means of learning itself. However, there is one lesson that is quite difficult to understand, namely Mathematics. After a 17-year-old school new Joule and entered the University of Manchester with the guidance of John Dalton, an English chemist who was so famous.

Joule is known as a diligent student learning, experimenting industrious, diligent and well written book. His book On Heat Produced by Electricity published in 1840 when he was 22 years old. Three years later, precisely in 1843 his book on the mechanical equivalent of heat rising. Then, four years later (1847) he also published a book about relationships and conservation of energy.

The books of his work is so attracted the attention of Sir William Thomson, or known by the name of Kevin Lord. So, finally Joule worked with Thomson and found the effects of Joule-Thomson. The effect is a principle which is then developed in the manufacture of refrigerators. Effect states that if the gas was allowed to develop without doing the work to the outside, the temperature of the gas would go down.

In addition, Joule very obedient to the faith also discovered the law of conservation of energy along with two physicists from Germany, the Hermann von Helmholtz and Julius von Mayer. The law of conservation of energy states that they found the energy can not be created or destroyed, it can only be transformed into electrical energy, mechanical, or heat. 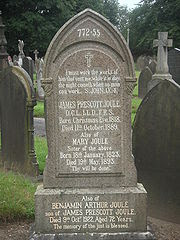 He is a physical hobby. With the trial that he had heat (calories) is nothing but a form of energy. Thus he managed to break the caloric theory, the theory heat as a substance flow. Joule (symbol J) is the SI unit for energy with the base unit kg.m2/s2. Joule name is taken from the inventor James Prescott Joule. Joule is symbolized with the letter J. The term was first introduced by Dr.. Mayer of Heilbronn.

Joule drawn from units defined as the amount of energy needed to provide a force of one Newton as far as one meter. Therefore, 1 joule is equal to 1 newton meter (symbol: Nm). In addition, one joule is also the smallest absolute energy required (on the surface of the earth) to lift an object weighing one kilogram as high as ten centimeters.

The definition of a joule other work that is required to move an electric charge of one coulomb through a potential difference of one volt, or one coulomb volt (symbol: CV). 1 joule can also be defined as work to produce one watt of power continuously for one second, or one watt second.