Please Share this article is useful !
Complete named John Winston Lennon (born in Liverpool, England, October 9, 1940 - died in New York City, USA, December 8, 1980 at the age of 40 years) is best known as a singer, songwriter, instrumentalist, writer, and political activist known worldwide as the leader of the Beatles.

Lennon and Paul McCartney formed a partnership songwriter's most successful and unsuccessful to date. Lennon and McCartney with the cynicism with optimism complement each other very well. 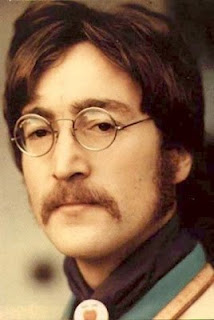 Lennon also showed its rebellious and cynical sense of humor in films such as A Hard Day's Night (1964), in a book he wrote such as In His Own Write, press conferences and interviews. He uses his popularity to its activities as a peace activist, artist and writer. Lennon twice married, with Cynthia Powell in 1962 and the Japanese artist Yoko Ono in 1969. He has two children, Julian Lennon (born 1963) and Sean Taro Ono Lennon (born 1975). He died in New York at the age of 40 years, was shot by Mark Chapman, a deranged fan.

John Lennon, is one of the legendary singer and actor world. Famous as a member and founder of the music group The Beatles, with Paul McCartney, George Harrison and Ringo Starr.