Please Share this article is useful !
Locke was born in 1632 in Wrington, England. He was educated in the University of Oxford, received a bachelor's degree in 1656 and an undergraduate degree full-year 1658. As a teenager he was very interested in science and at the age of thirty-six years he was elected a member of the "Royal Society." He became the best of friends famous chemist Robert Boyle and then most of his life so close friend Isaac Newton. To the field of medicine he was interested and earned a bachelor's degree in that field even if only once in a while just practicing.

The turning point in the life of Locke is his acquaintance with the Prince of Shaftesbury. She became his secretary and became a family doctor. Shaftesbury an important spokesman for the liberal mind that even though he had briefly imprisoned by King Charles II due to his political activities. In 1682 Shaftesbury fled to Holland and died there the following year. Locke, thanks to the relationship that is so familiar with the late, always being watched and shadowed, as it forced him also fled to the Netherlands in 1683. He settled in the country until the replacement of King Charles, King James II was overthrown by a revolution that succeeded. Locke returned to his village in 1689 and onwards settled in England. Never once married, and died in the year 1704. 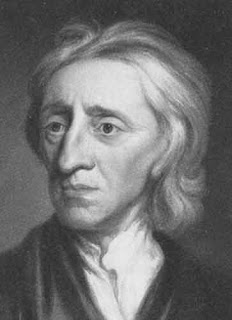 The first book is a famous make Locke An Essay Concerning Human Understanding (Essay concerning human understanding), published in 1690. There questioned the origin, nature, and limitations of human knowledge. Locke's ideas in turn influence philosophers such as Rev. George Berkeley, David Hume and Immanuel Kant. Although Locke's essay was the work of the most original and is one of the famous classical philosophy, the effect is not as big as the writings of political affairs issues.

In the book A Letter Concerning Toleration (Issues related to tolerance), published in 1689, Locke stressed that the state should not interfere too much in terms of freedom to worship according to their religious beliefs. Locke is not the first Englishman to propose the religious tolerance of all Protestant sects. But he gave a strong argument, in favor of the need for a tolerance of a factor in the support of the attitude of his views. Moreover, Locke developed a tolerance to the principle of non-Christians: "... both primitive faiths, or Muslim or Jew can not be reduced civil rights in the state solely on religious considerations." However, Locke believes that tolerance does not apply to Catholics because they believe Locke dependent on outside forces aid, and also there is no tolerance for atheists. With the size of the age he is now arguably exceedingly tolerant, but reasoned view it from contact with the ideas of his time. Facts noted, the reasons put forward for the creation of religious tolerance more convincing readers of pengecualianpengecualian made. Now, thanks to the writings of Locke, religious tolerance was widespread even factions that had been excluded.

The importance of the other Locke is his Two Treatises of Government (Two conspired with the government) published in 1689 that it is the basic idea penyuguhan emphasized the importance of constitutional liberal democracy. The book's influence on political thought throughout the English-speaking world. Locke was absolutely convinced that every human being has a natural right, and is not simply related to living things, but also personal freedom and the right to ownership of something. The main task of government is to protect the people and property of citizens. This view is often called the "theory of night duty by the government."

Dismisses claims divine right monarch, Locke stressed that the new government can run the rule over the consent of the governed. "Personal freedom within the community under the authority of the legislature agreed to in a country." Locke firmly emphasizes what he calls "social contract." The mind is partly derived from the writings of English philosopher earlier, Thomas Hobbes (1588-1679). But if Hobbes uses "social contract" is to strengthen absolutism, Locke saw "social contract" that can be changed:

"... When legislators tried to seize and destroy the property of people, or reduce them, and leads to slavery under the rule, they are in a state of war with the people, and therefore free of errors when people rebel and let them take refuge in the shade of God does provide secure for all men of violence and progress. "

Also, still the power of the people to overthrow and replace the representative bodies at the sight of their representatives act contrary to kepercayaaii placed on their shoulders "persistent stance Locke retain the right to make a revolution very strong influence Thomas Jefferson and other American revolutionaries. 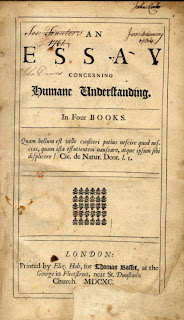 Locke cling to the need for separation of powers. He considers the legislative power should be superior to the executive and judicial powers which he considered a branch of the executive. As people who believe in the primacy of the legislative. Locke almost always opposed rights court ruled that a legislative act is unconstitutional.

Although Locke insist on the principle of majority rule, but it makes clear that the government does not have unlimited power. The majority should not undermine the essence of human rights. A government can only be justified in seizing the property of the approval of the governed. (In America, the idea is expressed in the slogan, "No taxation without representation.")

Obviously, the views of Locke describes the idea of ​​driving the American Revolution a century before the incident took place. Influence on Thomas Jefferson is very impressive. Thoughts Locke penetrated to continental Europe, especially France, a fact that encourages indirect French Revolution and the Declaration of Human Rights. Although figures such as Voltaire and Thomas Jefferson more famous than Locke, writings preceded them and had a strong influence on them. Because it is worth if the position Locke was called earlier in this list.