Please Share this article is useful !
Surya Paloh, 40, was born in the Land Rencong, in an area that was never colonized by the Dutch. He grew up in the city Siantar, North Sumatra, in an area that gives rise to such major figures TB Simatupang, Adam Malik, Harahap Parada, AM Sipahutar, Harun Nasution. He became a businessman in the city of Medan, raising regional leaders and business leaders PNI TD Pardede. Political activity that causes Surya Paloh moved to Jakarta, became members of the Assembly two periods. It is precisely in this metropolitan city, then known as Surya Paloh a young entrepreneur Indonesia.

While trading, Surya Paloh also pursue studies at the Faculty of Law, University of North Sumatra and the Faculty of Social and Political, Islamic University of North Sumater, Medan. In a city famous for loud and chaotic, the desire that has grown since the organization of the city Siantar, flourished in him. The situation at the time, was active in directing their mass organizations are equally opposed to the wrong policies of the government of the old order. Surya Paloh become one of the leaders of Indonesian Students Youth Action Unit (KAPPI). 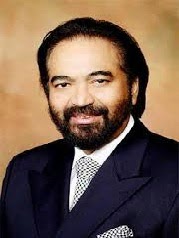 After KAPPI disbanded, he became the Coordinator of Youth and Students in Sekber Golkar. A few years later, the organization founded Surya Paloh Son Daughter Armed Forces (ABRI-PP), and he became the TS-Armed Forces of North Sumatra. In fact this organization, in 1978, he founded with other military children, at the center of Jakarta, known as Son-Daughter Communication Forum Retired Indonesia (FKPPI).

Awareness that political activity should be no money as the cost of living and the cost of the fight, cause he had to work hard for money, to set up the company or sell various kinds of services. He founded the catering company, later known as the largest catering company in Indonesia. His success as a businessman catering, causing it to be more active learning increase knowledge and experience, while increasing its activities in the organization.

Along the success, he saw an opportunity in the business of news publishing. Surya Paloh Daily Newspapers establish priorities. Newspaper is printed in color, sells. Readers familiar with such a broad reach to the affected areas. Unfortunately, the daily newspaper was short-lived, SIUPP pull the trigger on him by the government. The contents are considered less appropriate to the Code of Ethics of Journalism Indonesia.

Although the business press publications have a higher risk, for Surya Paloh, the field remains an attractive business area. He pleaded SIUPP new, however, after two years was also out. His interest in the business press can not be deterred, he was working with Achmad Taufik Revive Magazine Vista. In 1989, Surya Paloh in collaboration with Drs. T. Shah manages Yously Media Indonesia newspaper. Upon approval Yously as owner and Pemrednya, Media Indonesia Surya Paloh brought into Priority House. Presentation and shape the newspaper's logo is like a late priority. Progress newspaper, causing Surya Paloh more excited to expand into a variety of media in the region. Besides Vista Media Indonesia and published in Jakarta, Surya Paloh work published ten publications in the area.

At a young age, 33 years, Surya Paloh cateringnya dare entrust the business manager who is prepared. Catering market already mastered, and he became the best in the business. Then, he looked for a new challenge, get into the business press. In fact, the business press was the world he did not know before that. Nor journalistic profession, but he dared to enter this world, to enter the market seemingly saturated. It competes with Scholastic Publishing Group, led by President Jacob, a senior journalist. He was dealing with a group that Kartini decades into the publishing business. He did not hesitate in Pos Kota Group orchestrated Harmoko, former Menpen RI. In fact, he was not afraid of Grafisi Group which is backed up by a well-known businessman Ir. Ciputra, boss Jaya Group.

Although market conditions are so crowded with competition news. Surya Paloh not budge one bit. In fact, he'd bet relatively large amounts of capital, by making new breakthroughs are not unusual

done by previous employers. With color printing for example. He dared to face the risk of loss or bankruptcy. He is very creative and innovative. And he succeeded. Surya Paloh paper presents national priorities in the international press with several advantages. First, the first page and the last page in color print. Second, disclosure of information interesting and bold look. When, photo presented is done seriously. The factors that are causing this paper in a short time, reached over 100 thousand copies circulation. Less than a year, the break even point has been reached.

Threats are always haunt Listed it not for bankruptcy, but the revocation SIUPP by the government. Evidently then, the threat came. Newspapers priority died at the age that is too young. Preaching is considered rude and nude. This is the toughest ever experienced risk Surya Paloh. He not only lost their money, but he also had to think about debt investments. In a very difficult, he did not despair. He tried to pay the salaries of all employees of Priority, while crafting a request for a new SIUPP of government. But the request was not granted by the government. Some journalists were still patient, do not want to move to
Elsewhere, Surya Paloh sent to various management institutes to learn.

The press does have the power, in the West, he is known as the fourth institution after the legislative, judicial and executive. Moreover, oversized figures from different disciplines or leaders in the community, often because the role of the press who publish them. How a character is recognized by the community at large, if he is in the boycott by the press. Thus, the press is a prestigious business, giving pride, strength and power. And, it's business Surya Paloh.