Please Share this article is useful !
Dennis Hayes was born in 1950 he was the founder of Hayes Microcomputer company, better known as the manufacturer of the modem then has been used in most modems produced to this day. He left Georgia Institute of Technology in the mid-1970s to work at a communications company, National Data Corporation in Atlanta, a company that handles electronic funds transfer and credit card authorization. Hayes job 'is to set up a modem connection to the customer's NDC. He met Dale Heatherington at National Data Corporation Company.

Together they develop and market high-quality modems for the first IBM PC, and building a company called Hayes Communications. While Heatherington leave for early retirement, Hayes ran the company through bankruptcy in 1998. Dennis C. Hayes found the modem for a personal computer (PC) in 1977, the results of which could establish the most important technologies that make today's world can be always online, and generate a growing Internet industry.

He first sold product called Hayes modem to the computer enthusiast par in April 1977, and later founded the company DC Hayes Associates, Inc., Later known as Hayes Corp.., In January 1978. The quality and innovation of products Hayes resulting in increased performance and cost reductions so as to lead the industry in the transition from leased line modems to intelligent dial-up modem for a PC. 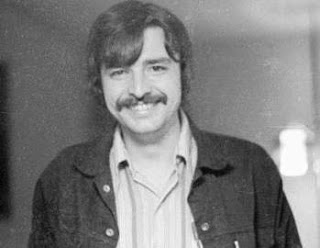 By the time he started the company, Hayes has more than 10 years working with computer systems ranging from large to small, telecommunications, manufacturing and electronics product development. During the lecture at the Georgia Institute of Technology, Hayes participated in co-operation program that works for AT & T Long Lines. Then he joined the Financial Data Services where he worked on a system with the first 4-bit microprocessor. After completing his studies at the Georgia Institute of Technology, Hayes then worked for the National Data. Corporation, where he developed a microcomputer-based system to be connected to the network. Hayes then follow the lecture in the School of Management and Strategic Studies at Western Behavior Science Institute.

Company D.C. Hayes began Associates was established in the Hayes home, where he started with an investment of $ 5,000, and then jumped into a company that leads the world IT industry. His first product was a modem board the bus for s-100 and then for the Apple II computer. Troubleshoot interface (interface) that allows the computers using a standard serial port for modem control functions through software, he found the command set for Hayes Standard AT was first introduced to the PC modem in the month of June 1981.

Further products Hayes, Smartmodem quickly became a standard modem compatibility has been measured carefully, so the company then grew rapidly. For more than 20 years as Chairman, Hayes Corp.., He led the company as a visionary who saw the opportunity to develop communication tools and virtual workplace PC. After successfully directing the company conducted a merger, which ultimately resulted in a new company that has a policy of being a public company of the Corporation to Dennis C. Hayes, Hayes decided to retired as Chairman at the end of 1998, and then continued his interest in the industry, including pad Association of Online Professionals.

In Spartanburg, South Carolina, Hayes is also active in social communities asisoasi other industries. He served as the founder and co-chairman of the Public Policy Committee of CompTIA, the Computing Technology Industry Association, Founding Chairman of the Georgia High Tech Alliance, and established a Board Member of the Georgia Center for Advanced Telecommunications Technology. Hayes was one of 4 people who are included in Georgia's Technology Hall of Fame. He still serves as Chairman of the Association of Online Professionals, the merger with the U.S. Internet Industry Association.