Please Share this article is useful !
The development of mathematics in medieval Europe as the birth of Leonardo of Pisa, better known by his nickname Fibonacci (meaning children Bonaccio). Bonaccio itself means dumb, but he's not a fool because of his position was a consul who wewakili Pisa. Held this position makes him travel a lot. Together with his son, Leonardo, who followed him to any country touring.

Fibonacci wrote the book Liber Abaci after being inspired on a visit to Bugia, a growing city in Algeria. When his father served there, an Arab mathematician magic shows Hindu-Arabic number system. The system evolved after the time of the Crusades.

Calculations are not possible using the notation (numbers) of Rome. After observing all the Fibonacci calculations were made possible by these systems, he decided to learn the Arab mathematician who lived around the Mediterranean. The spirit of learning are very passionate mengebu made him to travel to Egypt, Syria, Greece, Sicily. 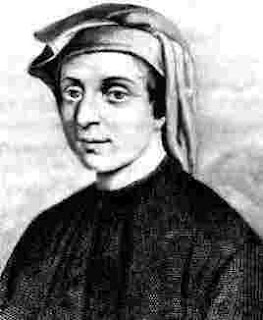 In 1202 he published a book Liber Abaci using - what is now called the algebra, using Hindu-Arabic numerals. This book gives a great impact as emerging new world with numbers that can replace the Jewish, Greek and Roman numbers and letters for counting and calculations.

Introduction The book is filled with how to determine the number of digits in units numeral or multiplication table (read: product) with the number ten, with one hundred and beyond. Calculations using whole numbers and division, fractions, roots, and even settlement equation straight line (linear) and quadratic equations. The book comes with exercises and applications that excite readers. Primary dealers, illustrated in the business world with figures also presented. Included are business accounting (double entry), the description of the profit margin, the change (conversion) currency, weights and measures conversion (calibration), and even includes a calculation of interest. (In those days riba, are prohibited). Ruler at the time, Frederick, who was fascinated with the Liber Abaci, when visiting Pisa, called Fibonacci to come before. In front of a lot of experts and conduct a question and answer and direct interviews, Fibonacci algebra and problem solving quadratic equations.

Meeting with Frederick and the questions raised by these experts, is recorded and published shortly thereafter. In 1225 he brought out a book Liber Quadrotorum (book of Squares) which dipersembahkannya to the king. In the book listed problems that can disturb the "common sense" about the problem that mathematicians rabbits reproduce simple question but necessary foresight thinking.

"How many pairs of rabbits will breed throughout the year. Preceded by a pair of rabbits, if every month a pair of bunnies to be productive in both "

Is there a quick way to calculate it? Here Fibonacci numbers gives a formula that became known as the Fibonacci sequence.

Fibonacci sequence
Christians reject the zero, and yet traders in the transaction requires zero. The reason used by Fibonacci is zero as a limit. If a negative result is obtained significant losses. People who introduce these zeros to the Western world is Leonardo of Pisa. Although his father was a merchant as well Consul, Fibonacci profession - do not want to be consul, was a merchant. The young man - who is better known as Fibonacci - mathematics learning of the Muslims and became an expert mathematician by learning yourself. Find a series of numbers that is named as the name suggests.
Fibbonacci sequence: 1, 1, 2, 3, 5, 8, 13, 21, 34, 55, 89, 144, 233, 377, 610, 987 ...

The above sequence pattern formed from the composition of sequential numbers (from small bigger) which is the sum of the previous two numbers. Number 3, the fourth, is the sum of 1 (sequence 2) + 2 (order of 3); figure 5 fifth, is the sum of 2 (order 3) + 3 (order 4); figure 8 sixth, is the sum of 3 (sequence 4) + 5 (order of 5) and so on. The above sequence is able to answer problems breed rabbit, groove lily, pineapple eye pattern and number, number of petals and flower spiral groove certain species. Through this Fibonacci sequence is known or can be determined accurately in the natural flow. Room size echinoderms (molluscs) shaped spiral, nautilus *; amounts clockwise or anti-clockwise 'eyes' of the pineapple, the amount of sunflower petals and there are 2 spiral groove (to the right 34 and left 55) according to the Fibonacci sequence .

Linkages with golden ratio
Golden ratio is known since the time of Pythagoras sudak. Mentioned that nature seems to be regulated by the golden ratio. "Miracle" is the ratio of the underlying architecture of antiquity, especially in Greece. Stretch of tall pillars and a comparison of results Panthenon golden ratio.
Note the division of numbers in the Fibonacci sequence below.

The pattern of what happened? Numbers indicate the division something special so-called golden section (golden section). The name is similar to the golden ratio. There is a close relationship between the ratio of gold and gold sexy as can be seen in the table and figure below.

Perhaps this fact was able to answer the question of why the Fibonacci sequence golden ratio approaching.

Take the example of two numbers: a, b, a + b (Fibonacci sequence) and b / a (golden ratio) and compared

Substitute golden ratio notation Φ (phi) for the above equation.

Fibonacci Revolution
Topics in the book Liber abaci also describes the process of arithmetic, including how to find the roots of numbers. The problems in this book are more emphasized for use in trade transactions, the system for calculating fractional currency exchange. Fibonacci using fractions - the usual, based on the number of sixty (seksadesimal) and units - not based on the number ten (decimal). Writing 5/12 28 we used to know as 28 5/12. She also placed a component fractions-kompenen that have not aggregated. Writing 115/6, for example, is written in 1/3 ½ 11. Not satisfied with this confusion was more confusing fractional units. Fraction 98/100, for example, is broken down into 1/100 1/50 1/5 ¼ ½, and 99/100 written by 1/25 1/5 ¼ ½.

Contribution
Introduce the zero and calculate patterns of unusual nature and gives basic algebra introduction to the Western world is the greatest contribution of Fibonacci. Being able to create the Fibonacci sequence that gives an answer or reason about natural patterns as defined in golden ratio. Adoption zeros for writing and performing calculations in Europe - changing the Roman numeral system is inefficient - the Hindu-Arabic number system was later greatly influenced the development of mathematics in Europe. System Fibonacci complex fractions, then simplify for the sake of trading. Note the change in price of the shares traded on Wall Street using fractional system.