Please Share this article is useful !
Gideon Sundback or Gideon Sundback Fredrik Otto is an American electrical engineer Swedish nationality mix. Gideon Sundback often associated with achievement in the discovery and development of the zipper (zipper / zipper). Today, Tuesday, April 24, 2012 is the anniversary of the Gideon Sundback to 132.

Without his services, perhaps we wear clothing that will not have a zipper sophisticated as it is today. He was born in Sweden. He was the son of Otto Jonas Magnusson Sundback, a wealthy farmer, his mother named Kristina Karolina Klasdotter. Having spent his studies in Sweden, Sundback moved to Germany, where he studied at the polytechnic school in Bingen am Rhein.

In 1903, its engineers Sundback take the exam. In 1905, he moved to the United States. In America, Gideon Sundback began working at Westinghouse Electric and Manufacturing Company in Pittsburgh, Pennsylvania. A year later, he was hired by Universal Fastener Company in Hoboken, New Jersey. 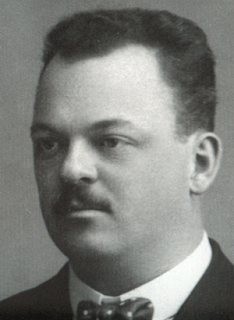 In 1909, Aronson Sundback married Elvira, daughter of the Swedish-born plant manager, then Sundback promoted to the position of head designer at Universal Fastener. Though not the originator of the first of the zipper, Gideon Sundback has made some progress in the development of the zipper between 1906 and 1914. He is responsible for the increase "Judson C-curity Fastener". At that time the company's products are still based on hooks and buttons. Sundback develop an improved version of the C-curity, called "Plako".

He increased the number of fastening elements from four per inch to ten or eleven. The discovery of her face has two rows of teeth that pulled into a single piece with a slider, and increased opening to the teeth guided by the slider. In 1914 Sundback developed a new version with the code name "Hookless No. 2", which is a modern metal zipper as we know it today.

Upon this discovery, he was awarded a United States patent no. 1219881 for the "Separable Fastener" was issued in 1917. The zipper itself was popularized in 1923 by BF Goodrich, after the product is installed on their boots. Twenty years later, the fashion industry started to implement the use of zippers, precisely during World War II when the soldiers started using long pants and shirts with a modern zipper.