7 Facts Unique Species Other Than Human 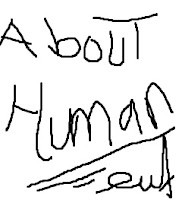 None of the people who want to be equated with animals, both apes and other species. Among all living things, human beings have unique uniqueness that makes it very special. Here are 7 Unique Facts Species Other Than Human.

Compared to primates and other animals, humans spend a longer time to live with and care for keturunannnya. Some experts suspect it was triggered by the size of the human brain is bigger, so it took longer to develop properly.

Of all the forms of expression, facial blushing red as are the most unique and only occurs in humans. It is not known exactly how this happened, but it is considered to have a lot of helping people to be honest.

4. Could create a fire

The human ability to make fire is important in winning the provision of natural selection. Nocturnal predators that lurk when darkness becomes easy for people to overcome. Not only that, the ability to make fire also changed the diet of early humans from the harsh bark into processed foods are more easily digested. Presumably it is this which makes the size of the teeth and other digestive organs get smaller in modern humans.

Unlike monkeys whose bodies are covered with feathers (hair), humans do not have natural protection against temperature changes on the surface of the skin. But the intelligence possessed, people can make clothes that replaces the function of feathers on some kind of animal. The ability of humans to make clothing even have triggered the evolution of other species, one of them tick. If live lice previously attached to the hair, now most of them prefer to live attached to the shirt.

Since approximately 35,000 years ago, humans have a throat that's lower than in chimpanzees. Supported by a horseshoe-shaped hyoid bone located under the tongue, humans are able to control the sound produced, so to speak.

7. The brain is the most perfect

The human brain is not the greatest because it is still much smaller than the sperm whale brain. Nor is the greatest proportion since only 2.5 percent of body mass, less than a bird with brains 8 percent of body mass. Excess human brain does not lie in the size of no more than 1.3 kg, but the development was perfect. Therefore, humans can think and build a civilization that is not owned by the animal.