7 Chef Richest in the World 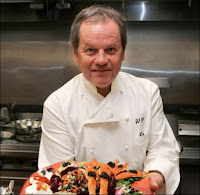 Behind the name Rachel Ray, there was a man named Wolfgang Puck chef with an income of 16 million dollars annually. Austrian-born chef is entering the world of celebrity chefs from the ritzy Los Angeles Restourant in 1982.

Income of $ 5 million per year. The chef who specializes shusi started his career as a fish cutter in Tokyo, Peru, Argentina and Alaska. Nobuyuki now become a partner on the ownership 17 Nobu restaurants around the world.

The French chef is the owner of the restaurant empire, with 22 restaurants stretching from Tokyo to Paris. According to Forbes magazine notes, Ducasse has a revenue of 5 million dollars per year. 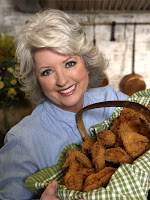 Queen of the South American food is handle 2 cooking show with full of motherhood. Loyal audience continues to grow day by day, not only that, the recipe book, memoir and magazine, all in the best-selling series. 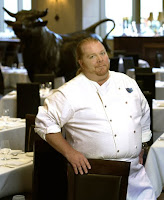 This man dropped out of culinary school. But Batali did not give up so easily, he is now known as the master of Italian food and have 13 retoran in New York, Los Angeles and Las Vesgas. Annual income is 3 million U.S. dollars.

Have an income of 2 million dollars per year. He learned to cook in self-taught by reading books. Now Colicchio has 3 famous restaurant in New York, Los Angeles and Dallas, plus three steak houses. He was also a judge for Bravo's cooking competition show Top Chef. 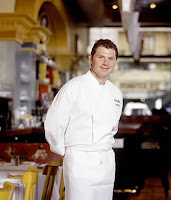 Chef with this pick looks captivating many female fans. His income reached $ 1.5 million per year to host the event Trowdown!, Boy Meets Grill and The Next foof Network Star, but it also Flay restaurant chain owner who is from the Bahamas to Las Vegas.

From the stories of successful chefs above, we can learn that success can be achieved with a love for what he did. Also, do not quickly give up when faced with challenges, there is evidence that they drop out of culinary school or self-taught career. If they can succeed, you also