World's First Digital Camera (1975) Works Engineer Kodak, Steve Sasson. In December 1975, Kodak engineer Steve Sasson created something that would revolutionize photography: the world's first digital camera. It was the size of a toaster, and captured black and white images at a resolution of 100 × 100 - or 0.01 megapixels in marketing terminology.

The images were stored on cassette tape, taking 23 seconds to write. The camera uses an ADC from Motorola, a lens from a Kodak movie camera, and a CCD chip from Fairchild Semiconductor - the same technology that digital cameras still use today. To playback the images, a special computer and tape reader setup (pictured below) was built, outputting the grainy images on a standard TV. It took over 23 seconds to read each image from tape. 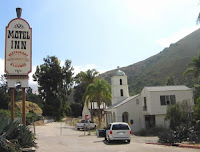 Motel Inn in San Luis Obispo, California, is the world's first motel. Built in 1925 by LA architect Arthur Heineman, who coined the term motel meaning "motor hotel." Motel Inn was originally called the Milestone Mo-Tel.Harga permalam is $ 1.25. Heineman could not afford the trademark registration fee, so that the competitors could use the word "motel." This motel is still in operation today. 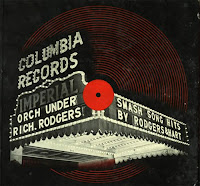 World's First Novel (1007) Katya Tale of Genji. In 1007, a Japanese court lady put the finishing touches on what is considered the world's first novel. Span of 75 years, more than 350 characters, and filled with romantic poems, which tells the story of an emperor's son, his quest for love, and many qualified women along the way. Was written by Murasaki Shikibu Japanese nobility.

Info.cern.ch is the world's first address as the web site and web server, running on a NeXT computer at CERN. The first web page address http://info areas. cern.ch / hypertex t / WWW / theproject. html, which was created by Tim Berners-Lee.

First Motorcycle was designed and built by the German inventors Gottlieb
Daimler and Wilhelm Maybach in Bad Cannstatt (Stuttgart) in
1885. Basically it is a motorcycle, although called
inventors with Reitwagen ("riding car"). It is also the
The first vehicle powered oil. 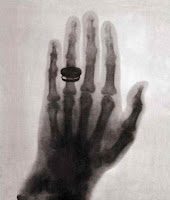 In 1895 Wilhelm Conrad Rntgen, professor of physics at the University Wurburg Germany, was doing experiments with electrical discharges in evacuated glass tubes. Late in 1895 Wilhelm Rntgen alone at night trial run, this time in the dark and see the light produced in the wall, which he knew was not caused by fluorescent light.

He named, rays 'X' or if you prefer; X-ray.Setelah few months of playing with this discovery, he noticed that objects place in the path of light can produce shadows and creating pictures on the wall. Soon after he used a plate and photographed his wife, Frau Rntgen, put his hand in the path of the X-ray, and created the first X-ray images of the world. In 1901 Wilhelm Rntgen awarded the Nobel Prize in Physics for this discovery.