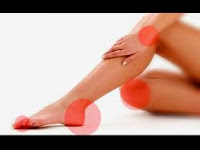 You must have been familiar with rheumatic disease, a disease that usually affects the elderly can also attack you. Especially if your diet is not maintained.

Arthritis caused by uric acid that crystallize and accumulate in the joints. Crystallization of uric acid can be triggered by the purine organic substances found in food. Well here is a list of foods that cause arthritis you need to know:

a. Meat and Offal

For you lovers of culinary, primarily meat-based and offal such as soto Betawi, coto Makassar, pallu bases, jerky and the like need to be careful. You can still eat these foods but in small amounts because of meat and offal (liver, tripe, tongue, brain) contain purines which pretty much. Although the food was tasty, but you need to limit it.

Vegetables are actually very good for the main body to the skin and some organs of the body. But for people with arthritis need to limit the consumption of vegetables mainly made from legumes such as peas and green vegetables such as spinach, kale and cauliflower.

Wheat is very good for the heart, but whole grains also contain high purine. For that you also wheat consumption should be limited.

Here comes the food was delicious dishes full of taste and choice. There are crabs, prawns, fish shellfish and many more. But do you know if the seafood contains high levels of purines. Primarily for this type of shellfish and sardines and some other fish. You can still eat seafood but a limited number of patients with rheumatoid arthritis or if your weight should avoid eating seafood.

To treat gout, arthritis doctors usually prescribe that serves as an anti-inflammatory and pain relievers. But prevention is better than cure right? So you should avoid food cause arthritis