Please Share this article is useful !
Hary Tanoesoedibjo was born in Surabaya, East Java on 26 September 1965. He is a successful businessman from Indonesia, nicknamed the King of Multimedia Indonesia and included in the order from Indonesia's richest man according to Forbes magazine. After graduating from high school, he then chose to go to college in the state Canada Carleton University, Ottawa, Canada. Then after completing his education and obtained a Bachelor of Commerce in 1988, Hary Tanoesoedibjo also continued his education at the same university the Carleton University with a master's degree majored for the Master of Business Administration in 1989. Hary Tanoesedibjo very clever indeed famous master of Business Administration degree only she accomplished in just one year. 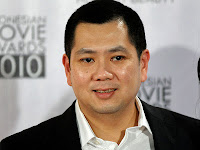 Under the auspices of PT Media Nusantara Citra (MNC), less than five years, Hary then managed to control a majority stake in the TV station. MNC own 99.9% of shares owned by Bimantara Citra. Since having Bimantara, Hary more aggressive in the field of media. Plus, Hary has the ability to determine which media companies that have the potential to grow. In addition, many people recognize, Hary key to success lies in its ability to re-arrange the crumpled company alias problematic. This is evident when a man who reportedly had not climbed this high school class in the debt-laden Bimantara fix.

Previously, Bimantara also has a FM radio station Trijaya
Later, to increase its presence in the media world, Bimantara also publishes printed media. To date there are magazines, tabloids and newspapers are joined under the banner Bimantara Group. There are economic and business magazines Trust, teen Genie tabloid and mid-2005, published daily Regarding Indonesia. Looking ahead, the company projected subholding MNC which acts as the host broadcast media under Bimantara Group. MNC also going to be a production house that will supply events to RCTI, TPI, Global TV, and all the radio networks. In addition, the MNC will build a national radio network throughout the country. Hary has proven its ability to build business dynasties, with assets of U.S. $ 7.2 billion. The performance he did brilliant business in just 14 years. Currently Hary held several strategic positions in various leading companies in Indonesia. He was appointed as President Director of PT Global Mediacom Tbk (since 2002) after serving as Vice Chairman of the company. He is a founder, shareholder and President of the Group Executive PT Bhakti Investama Tbk since 1989.

Additionally, Hary currently also held various positions in other companies, such as the President Director of PT Media Nusantara Citra Tbk (MNC) and PT Rajawali Citra Televisi Indonesia (RCTI) since 2003, as a Commissioner of PT Mobile-8 Telecom Tbk, Indovision and other companies under the banner of Global Mediacom and Bhakti Investama. Hary is also currently active as Treasurer of the Indonesian National Sports Committee (KONI). He has repeatedly been a speaker at various seminars and been a guest lecturer in the areas of Corporate Finance, Investment and Strategic Management for master programs at various universities. In 2011, Forbes released a list of the richest people in Indonesia, Harry was ranked 22 with a total wealth of U.S. $ 1.19 billion

Hary said it was from the beginning wanted to entrepreneurship. It became a goal, and always focus and discipline pursued. "I always wanted to be entrepreneurship, and to be a goal, I kept focused and disciplinary, you can certainly do that," he said. Hary said the first key to success, is focus on what you want to achieve. Do not give up will fail, because success is not instant, it takes the process a success. "Our goal must be clear and focused and do not stop until that goal is achieved, but we have to remember the great success is an accumulation of small successes," said Hary.

Second, Hary added, in order to pray. Because it is a spiritual force, to achieve the goal. "My wife prayed for me a lot, usually before goals in the goal, then we need wisdom, we need much prayer, the power of pray very strong," said Hary. Third, Hary said that building good character, to always forward a clear goal. To achieve that, the main thing to do is to focus on quality not quantity. "A lot of people are looking for money, but if I work the money the second, but the first is quality," he explained. Finally, the key to success for achieving these commitments should didari discipline. Because of its strong commitment produces mental and physical strength. "The point is we have to change, because life's greatest enemy is ourselves," said Hary.

Successfully build the business conglomerate, Hary Tanoesoedibjo decided to go into politics. In this new stage, Hary joined the National Democratic Party (Nasdem), the political machine made by a former senior Golkar politician, Surya Paloh. Hary decisions do go into politics after he controlled a third of television viewers in Indonesia. Now, he is with Surya Paloh which also owns television media in Indonesia will pit their luck in the national political arena. If the first Hary Tanoesoedibjo focused business areas, now he must be willing to take the time to play politics. One that he is doing right now is, mobilize supporters across the nation.