After Ariel officially released from custody case that could electrify media and the public some time ago, and kawankawannya ex Ariel peterpan formed a new band called NOAH, according to the story that the new identity has been established since 2010, and on August 2, 2012 yesterday New official had realized and dumumkan. According to the legend that Noah is derived from the name of Noah. While complete that Noah means people who make comfortable, peaceful, and comforter. Of course, the meaning of the presence of Noah Noah band intended to provide comfort for fans and music lovers.

As for Noah Band Profile personnel are as follows 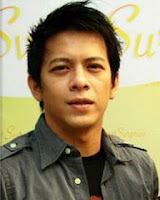 Nazril Irham or more popular with Ariel or Ariel calls Noah (born in Pangkalan Brandan, Langkat, North Sumatra, 16 September 1981, age 30 years) is an Indonesian singer who is the lead singer of the band Peterpan. Ariel is the youngest of three children of ethnic Malays. Ariel is a popular band vocalist Noah. Ariel is also listed as a student majoring in Architecture Parahyangan University, Bandung. That brief profile ariel noah band 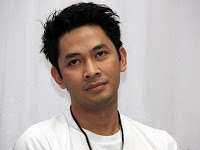 Briefly Uki profile noah band or Kautsar Mohammad Hikmat was born in Bandung, West Java, October 5, 1981, age 30 years. At first, with Ariel, Andika and Reza he formed a band called CAP in 1997 that became the forerunner of Peterpan. His favorite musician is a pair of brothers Liam and Noel Garragher from British band Oasis. 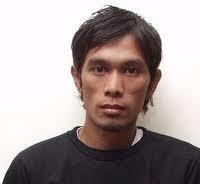 Profile Lukman Hakim (born in Cianjur, West Java, December 30, 1976, age 35 years). Peterpan Lukman Hakim met in 2000, when it was looking for a guitarist Peterpan companion, inspiration is Joe Satriani, where he wanted to see was American, London, Australia and Mecca and the most familiar greeting is Lukman.,

Reza profile or full name Ilsyah Ryan Reza left his hometown for college in Bandung Peterpan then joined in 2001 to replace Ari as the new drummer in the band, the most familiar greeting is Reza. 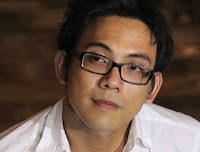 The latter is a profile of Noah or David Kelly David Albert was born in Jakarta, DKI Jakarta, July 11, 1981, age 31 years. David started to join in Peterpan as an additional player in the end of 2006, and in 2008 David was officially appointed as permanent personnel Peterpan.

That's a brief bio-data of the personnel profile Noah Band, Noah bands new logo has also been unveiled. Noah Band Songs like half a song I quite favored by lovers of music popo homeland. With a simple rhythm and the lyrics are simple but comfortable listening anyway. Songs prime Noah got a good band in the pop music lovers