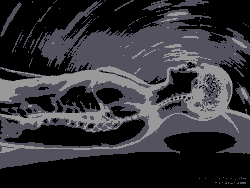 Scientists think that record people's dreams is something that might be done and plan to do so later interpreted, according to a new report. They claim to have developed a system that allows them to record high levels of brain activity.

Previously, the only way to access people's dreams, the psychologists asked about the dream as experienced by someone then tries to define or interpret. As quoted from the Telegraph, Dr. Moran Cerf said: "We would like to read people's dreams." He hopes to compare the memory of the dream with an electronic visualisiasi brain activity.

He said: "There is no clear answer to why humans dream and one of the statements that we want to answer is when do we actually create this dream?" As quoted from the BBC. Scientists believe that the latest study showed that the neurons or brain cells connect with one specific objects or specific concepts. He found that certain neurons glow when the volunteers thought about the famous actress Marilyn Monroe sexy.

If a database is made mengedintifikasikan various neurons with concepts, objects and people, it will be possible to "read the mind of the subject," according to Dr. Cerf. However, Dr. Roderick Oner, who is a clinical psychologist and dream expert said that this kind of visualization will be limited when interpreting "complex dream narrative".

Anyway to get a detailed picture of the person's neurons, subjects had to have electrodes implanted deep into the brain to perform surgery. Nature Researchers used data from patients who had electrodes implanted to monitor and care for those suffering from brain disorders.

But Dr. Cerf said he was hopeful that it could be done at the next stage to monitor people without surgery. He said that is something that is "fantastic" to be able to read the mind of comatose patients who can not communicate.

He added: "We can sail with our imaginations and think about all the things we could do if we had access to a person's brain and visualize their thoughts. For example, rather than bother to write e-mails, you can just think about him, or futuristic applications others are thinking about the flow of information and write it down in front of your eyes. "