✖
Home 7Top Ranking 7 Most Expensive Stamps in the World

7 Most Expensive Stamps in the World


Please Share this article is useful !
1. The Three-Skilling Yellow 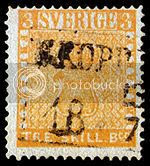 The Three-Skilling Yellow, is misprinted stamps published by the Swedish government is the first printing in 1855. Where normal postage only (which should be blue-green) are also included rare stamps. Three-Skilling Yellow is one of the rarest stamps and only one remaining.

In 1984 a stamp was sold for 977,500 Swiss francs by David Feldman. In 1990 sales reached one million U.S. dollars, then in 1996 sold for $ 2.3 million or approximately Rp. 21.85 billion. And every time it sold always scored the highest number of records as a most expensive stamps in the world.


In 1993 David Feldman auction Mauritius stamps owned by Hiroyuki Kanai produces the highest record. The first orange stamps sold for $ 1,072,260 or approximately Rp. 10 billion more and the second for $ 1,148,850 is also about more than Rp. 10 billion. 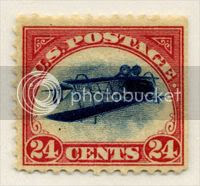 The inverted Jenny stamps America in 1918 is illustrated Curtiss JN-4 airplane and accidentally printed upside-down; This is probably one of the world's most famous print American philately. Only 100 misprinted stamps remaining, making it one of the most valuable stamp misprint: One full block inverted Jenny stamps sold at auction Robert A. Siegel in October 2005 for U.S. $ 2.7 million.

British Guiana One Cent Black on Magenta (1856) are among the rarest and most expensive stamps. Stamps printed on low quality paper in magenta with black ink, due to an emergency.

Given there's only one piece left in the whole world, so the stamp is unique and no other else ever found. Year 1980 has been auctioned to John Dupont for $ 935,000 or approximately USD 8.8 billion. 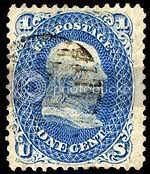 U.S. Franklin Z-Grill, 1867. This is the rarest of all postage stamps United States, only found 2 pieces remaining.

Hawaiian Missionaries, 1851 was the first Hawaiian stamps. Since the "Hawaiian Missionaries" roughly printed with paper thin and low quality, only a few stamps are rescued and is a very rare stamp. Lowest nominal ie 2 cents in 1851 is the rarest of the entire series, and only the remaining 16 pieces. A Missionary stamp 2 cents to mint condition (unused) for $ 760,000 and $ 225,000 for the conditions used. 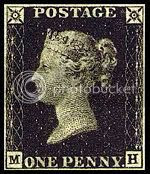 The Penny Black, was the first official adhesive postage stamp in the world, the British Government issued on May 1, 1840 and put into use on May 6. The Penny Black stamp is actually not that rare but include the most expensive stamps. Total print 286,700 sheets with 68,808,000 stamps printed.