✖
Home 7Top Ranking 7 Most frightening ghost sightings in the World

7 Most frightening ghost sightings in the World

Believe it should not, because it was clear that supernatural beings and phenomena that exist in this world must have been going along with the technology and the existence of ghosts or in obviously supernatural creatures are captured by a video camera or a regular camera, it all depends on you, and in writing This article also creeps, how about you, there is not a strange feeling. please follow the picture and description below. further. More from projects carried out by Professor Richard Wiseman of scienceofhauntings.com, where these photos were collected by the professor in a project which was opened to the public, where people may submit photo contains claimed ghost sightings. Of the many photos collected scieneofhauntings site visitors are asked to give an assessment.


Here are 7 most frightening ghost sightings in the World

1. Ghosts on the sidewalk 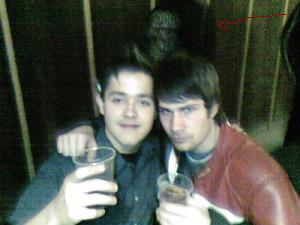 Photographed by Michael Dunbar, when he saw a shadow passing by on a sidewalk. Chosen by 19% of visitors, this figure raises skeptical opinion that it is an extension of the shadow shadow man who happened to be passing by on the sidewalk. 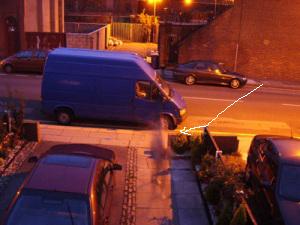 occupied by the following picture. Taken by Collin Foster in a lake in North Yorkshire, this photo shows a shadow that make up the human body are in the grove tree branch. Chosen by 20 percent of visitors, diatara skeptics, stating that it is a digital manipulation or engineering or just a shadow of the statue alone.


3. Ghost Sightings On the Air 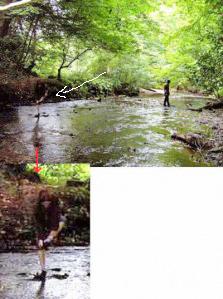 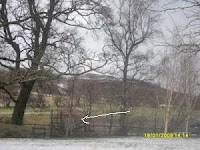 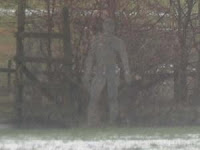 occupied by photos ghost sightings over the water, which was chosen by 22% of visitors to the site. The figure shows a shadowy figure who was washing her feet in the water and taken by Jamie Whitehead in England Wood Saltburn woods. The skeptics said it was only a shadow of a tree branch that stands vertically above the water coincidence. 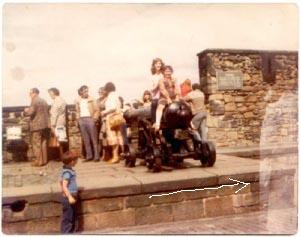 photo taken about 22 years ago by Sonia Mellish at Puri edinburgh, England. Seen in the picture is a white shadow in the lower right corner which according to many skeptics, it's just an extension of the human shadow or a double image. These photos are a favorite of visitors to the site about 24%. 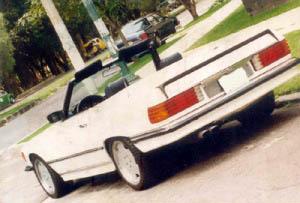 sighting photo of a woman's face in the rearview mirror of a car. Photographer - Guilelermo Sosa admitted today that he did not see anyone else was in the car, but he was surprised by kehadiaran face of a woman left the car in the rearview mirror. Opinion skeptics say it is a shadow of the woman who was in the car but not visible from behind as she leaned her head or shadow someone who was passing near the car. 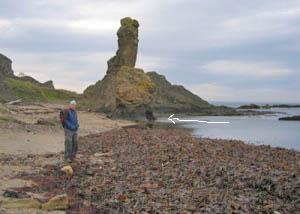 there is a photo from Chris Brown that shows a black shadow figure standing on the edge of the beach with a body position overlooking the beach complete with jacket and hat. Opinion skeptics say that it is merely a shadow figure illusion created by the indentation small rocks around the beach.

7. Ghost in Front of the tandem 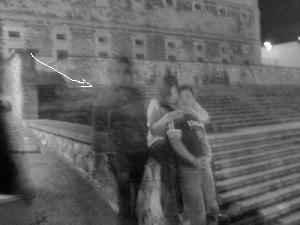 occupied by the ghost sightings in front of people who are engrossed in tandem. Chosen by 28% of visitors, photo taken by Mathieu Fur. He explained that he did not see the person who passes in front of the camera as he was taking pictures of both people who are looking together in the photo. The opinion states that it hanyanya skeptical extension shadow of someone who is not aware of having created a blurry picture.