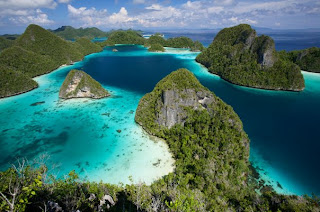 The archipelago is located in Papua province and consists of 1,500 tiny islands that surround the four major islands, namely Misool, Salawati, Batanta, and Waigeo. The archipelago has Cenderawasih Cape, which is the largest marine park in Indonesia 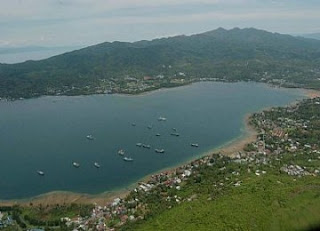 Ambon Island is an island located in the Maluku Islands, in the southern island of Seram. Most of the island was covered in rainforest and is part of the rain forest eco-region Ceram. Ambon Island has various species of mammals and birds, and rich in various species of insects, especially butterflies. Ambon is one of the favorite dive sites in Indonesia, although the current is quite strong and swift waters. 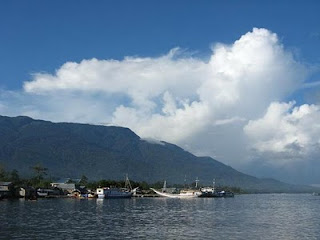 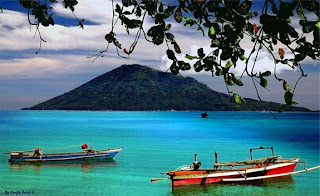 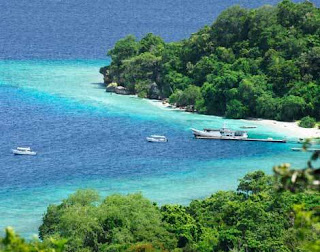 Moyo Island is located at the mouth of the Cape Saleh, north of the island of Sumbawa, West Nusa Tenggara. The island has a natural reserve of Moyo Island National Park which is located a few kilometers from the northern coast, surrounded by beautiful coral reefs, as well as habitat for wild boar, lizards following 21 species of bats, wild deer, there is also a group of crab-eating macaques, wild cattle, deer, pigs forests and various species of birds, sharks and turtles. The island is surrounded by coral reefs under the sea is best visited during the dry season between June and August. 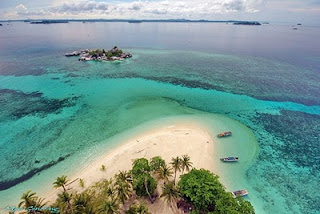 Bangka is an island to the east of the island of Sumatra is separated by the Strait of Bangka. This island with Island Pacific Islands form an archipelago province. Most of the island consists of lowlands, swamps, small hills, white sandy beaches, pepper gardens and tin mines. 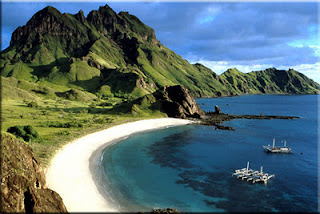