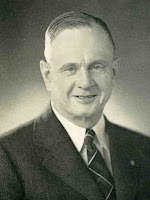 The American public will soon get acquainted with the name of a Harley-Davidson motorcycle brand that will grow rapidly become the most popular brand in the motorcycle world. Arthur Davidson was the youngest of three brothers. His father was a cabinet maker. Little is known about the early life of Arthur Davidson. Entering the late 18th century, Bike has been created and is rapidly growing in popularity across the United States.

It allows people to go farther and faster than ever before, and millions of people then make it as a new mode in bertransportasi. But this is just the beginning for the Harley Davidson and colleagues, who at the time was working as a maker of design and his childhood friend William Harley, who worked as a mechanic. In 1901 they were both looking for ways to make new ideas in terms of bertransportasi to make a motorcycle, which is publicly available and can be used by average Americans, allowing people to travel faster and easier than bikes. At that time, motor bikes have been developed in Europe, but to a limited extent, in the United States alone there have been about 10 years earlier but the motorcycle when it is not generally available to the public.

Harley Davidson and then work hard in a warehouse that became the first office as well as their initial workshops were built in the backyard Davidson, they then make the company name Harley-Davidson Motor Company. In 1903, with the help of relatives Davidson, they produced their first motorcycle. In 1904 they made three motorcycles, one of which is sold at the end of the CH Lang of Chicago, the first Harley-Davidson dealer. After the company began to grow, they begin to memperoduksi their bikes on a larger scale so that in 1906, Harley Davidson and the Davidson brothers started building two plants in Milwaukee and produced 50 more motorcycles. The next year they have increased their annual production by recruiting 35 people working and make about 1,000 motorcycles a year.

The motorcycle was received outstanding appreciation of the American people, as it is considered enough to help the "Uncle Sam" in the battle. Image "Motor Nationalist" was pinned to the motorcycle community. Crowded mass media discuss "greatness" Harley Davidson vehicles. The slogan "Uncle Sam's Choice; Harley-Davidson" was posted in one of the company's ads in the era of the 1920s. At that time, Harley-Davidson then started the golden age.

Over time, Arthur Davidson then started to reduce its activity in the company and the business that he pioneered and started spending more time in donating funds in the social field. He established a trust fund danmembeli a soil which is then donated to a Boy Scout camp and made a home in Wisconsin for the blind, as well as many other social enterprises. As at December 30, 1950, Arthur Davidson and his wife, and two of their friends in a car accident near Milwaukee. He left the kingdom motorcycle and a publicly traded company worth more than $ 10 billion. To honor his legacy, in 1998 he was inducted into the AMA Motorcycle Hall of Fame with William Harley.