Please Share this article is useful !
Trousers Jeans is one outfit that is a favorite for young used for daily activities. Now jeans growing both in terms of models, designs, and materials jeans themselves, the inventor Levi Strauss Jeans Trousers born in Buttenheim, in the Franconian region of Bavaria, Germany on 26 February 1829. Levi Strauss was the son of Hirsch Strauss and Rebecca Strauss. At age 18, Levi Strauss and his mother and two sisters sailed for the United States to join his brothers Jonas and Louis, who had started the wholesale business. Levi's sister Fanny and her husband namely namely David Stern moved to St. Louis, Missouri, while Levi went to live in Louisville and sell the products of his brothers owned businesses in Kentucky, USA. In January 1853, Levi Strauss became an American citizen. Her family then decided to open a branch on the West Coast San Francisco.

Originally Trousers Jeans originated in Genoa, Italy in this place jeans are produced for naval purposes, the pants that can be worn wet or dry. Jeans name itself derived from the French language called blue pants Genoa origin as bleu de Gnes. While the arrival of jeans in the Americas began in 1872. Levi Strauss 20-year-old intends to try his fortune in New York. In the place of origin Strauss was a clothier. Strauss went to California with only a few pieces of textile goods business that will dijuanya his brother during a trip to the west. Because it is only armed with a reckless, Levi Strauss finally arrived in California to sell all goods except the left is a roll of canvas. 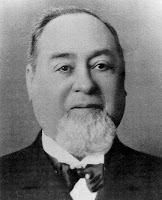 With a roll of canvas pants Strauss tried to make a piece of work is trying to sell to the miners in the area. Apparently pants with canvas material belonging Strauss sells, many miners were to buy a pair of canvas pants Strauss because of the canvas material is not easily broken or torn, and durable. However, many are also those who still do not like the canvas material processed Strauss. The thing that makes him begin to improvise with other materials made from booked from Genoa Italy. The spinner there is a material called 'genes' and the Strauss changed his name to "Jeans" and Strauss began manufacturing the first pair of jeans and the brand "Levi's". First they design products that are "Levi's 501". Product design first is devoted to the gold miners. These pants have 5 pockets, 2 rear and 2 in front, and 1 small pocket inside the right front pocket.

In a short time these pants have become the official pants of the miners, the things that make a successful entrepreneur Jacob Davis then invited the cooperation of Strauss. As a businessman, Levi commercial instinct arises, he then took Davis partneran and in 1873 they managed to get a patent. Having successfully obtained a patent, just the miners in California wearing jeans as their unofficial uniform for work. Because popular among these miners, jeans and then a symbol of economic status and is associated with the working class. In 1920, Levi's Waist overalls work pants into products most in demand in the South America, and even now the material is replaced with denim but many people still refer to it as jeans.

In the 1930's, the popularity of jeans began to escalate, it also can not be separated from the popularity of cowboy films. In a short time all the boys (old / young) falls in love with jeans and tried to emulate their idols in the film. Wearing jeans is used to make a statement. The 60's and 70's jeans remade (starting with the bell-bottom shape, decorated with beads, embroidery and even painted) and became a symbol for a generation of casual appearance freer.

During World War II, American soldiers turn who love to wear while off-duty. Another story in the 1950's. Jeans suddenly become a must have item among young children. What is the trigger? Apparently nothing looks cool James Dean, a young star who died young in an accident at the time it was famous name-kondangnya. Trend rolling back in the 1960's and early 1970's. Hippy style homeless lifestyle creates new creations. Hippy girls like wearing jeans adorned with embroidery or painting. In late 1970, the world was shocked by the appearance of the beautiful Brooke Shields Calvin Klein jeans model production.

Jeans Pants new really promoted in the 1980's. When that many famous designers such as Armani, Klein and Versace jeans lift the materials that can look just as gracefully with other fabrics. Sure, the jeans was not popular in the 1990s grunge era. But quickly did come-back in the world of fashion. Now people even mengenaian jeans for various occasions, including for berdress alias dressed casual Friday down to the office on Friday. In Indonesia, even jeans are worn with kebaya encim or worn to a party with a glamorous fabrics like silk. Today, jeans have entered into our everyday lives and not just the monopoly of the workers as its usefulness in the past. Millions of people are still wearing jeans to work, but this time not to work in the mines but for office work.

Levi Strauss died on September 26, 1902, in San Francisco at the age of 73. He never married, so he left the business to his nephew who is four children, namely his sister Fanny and her husband David Stern. He also left a legacy to a charity. He was buried in Colma, California.