Please Share this article is useful !
You definitely know the brand Suzuki, Yes a well-known automotive brand from a Japanese automotive company that manufactures motorcycles and cars, the products are very famous in the world. Suzuki is the founder Michio Suzuki was born in 1887 in a small town called Hamamatsu about 200 km from Tokyo, Japan. He is the son of a Japanese cotton farmer. Michio worked as a carpenter and grew into a young man who wants to work hard. In 1909, at the age of 22 years, he designed a wooden loom operated pedal, and start selling products. Suzuki Loom Works was established. Business went well, our stock is increasing and Michio Suzuki developed his machine for the silk industry. Finally, many of the machines developed SLW experts and business grew rapidly.

Eleven years later, in 1920, Michio Suzuki decided to introduce his business on the stock exchange. The days of the small family-owned company was over, Michio Suzuki needs funds to be able to conduct its business expansion to meet the demands of the growing market. Establishment Suzuki Loom Manufacturing Company (Suzuki Jidosha Kogyo) in March 1920 is considered as the forerunner of Suzuki Motor Company. 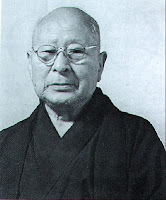 Suzuki Loom Manufacturing Company obtain the funds needed for investment and the company is also expanding rapidly. In 1922 Suzuki Jidosha Kogyo has become the biggest loom in Japan. At that time, Japan has become the greatest industrial power as we know it today. The most important export commodities that are the result of garment and apparel. In 1926 Suzuki began to export tooling tenunnya to Southeast Asia and India. But the market needs are met in an instant, high-quality looms from Suzuki that can last a long lead demand for new loom is slowly shrinking. Suzuki began to consider making other products in addition to producing looms.

You could say very little motorcycle or automobile manufacturer in Japan before World War Two. Soichiro Honda had made motorcycle in 1947. While in Europe and the U.S. motorcycle industry and the car has been running for decades. "Otto Engines" was patented in Germany in 1876 and the first prototype motorcycle Einspur, Gottlieb Daimler's was created in 1885. Robert Bosch introduced the low-tension magneto the motorcycle before the end of the 19th century and at the same time Michio Suzuki was designing his first loom, European companies such as Zedel (later to become NSU), Royald enfield, Puch, Peugeot, Norton and Husqvarna has been producing motorcycles , as well as Indian and Harley Davidson in America. Motorcycle magazines have been published and some of organized motorcycle clubs appeared in Europe. Isle Of Man TT racing first took place in 1907, two years before Michio Suzuki started tooling workshop tenunnya.

No question about it, that Japan is not a pioneer in designing motorcycles. Japanese manufacturers plunged into this business after decades of Europe and in the beginning they were mostly copied the design and the technical solutions of European machines. But we all know what happened after that era, several decades after World War 2 giant Japanese manufacturers dominate the world motorcycle market. Suzuki Loom Manufacturing Company is a company that impressive but the decline in demand for the products they make Suzuki considering foray into the automotive business. Japan imported 20,000 vehicles each year, but have not been able to satisfy the market demand for lightweight vehicles are cheap. Michio Suzuki saw the market gap and initiate the first step.

In 1938 Suzuki made the first prototype car, based on the Austin Seven. The research team Suzuki bought an Austin Seven of the UK, stripped down and learned, after a few months they have been able to make a replica of a car made in the English 737cc TSB. At that time Japan controls only a little knowledge about how to produce cars and motorcycles were nice and made cars copied from European manufacturers seem to be a way to get it started. But her timing is not right. At that time Japan was preparing for war. The project was abandoned and the Suzuki version of the Austin Seven was never mass produced. However this project is not an original idea, because first of Nissan's cars based on Austin Seven.

After the war ended, followed by a period of reconstruction and economic recovery as it is very unstable. The factory loom SLMC tried to update, but a wave of attacks in the 40s as well as the financial structure of the post-war mess in the early 50's nearly destroyed the Suzuki Loom Manufacturing Company. Based on a story about Shunzo, ie Michio boy, he had the idea to pair the engine on his bike when he came home from a fishing trip on a fall day. Without a specific goal, he was struggling with a drawing table in his house and began designing his own motor bike. Never mind if the story is real or not, but it is certain manufacturing motorcycles will save the company from ruin.

In November 1951 the engineers of Suzuki Loom Manufacturing Company began designing a machine that could be installed on the bike. This idea is not unique, as it is more than 100 other Japanese companies came up with the same idea. Soichiro Honda started the Honda Technical Research Institute in 1946 to repair small engines used by the former Japanese army during the war and installed it in the bike. One year later, Honda began making their own machines. When Suzuki was handed his first motorized bicycle production to Honda (now named the Honda Motor Company), which holds 70% of the commuting market. Prior to Power Free 36cc engine released, a 30cc engine prototype, named "Atom" was created by Suzuki. "The Atom" was never mass produced. The high quality of the Suzuki motorcycle makes it stand firm and make a big hit in Japan. Many of the original ideas Shonzu Suzuki up to the production stage. The system design is considered to be a genius, so the Patent Office of a new democratic government, giving Suzuki a financial subsidy to continue research in motorcycle engineering. Unlike most of its competitors, "the Power Free" does not use the machine from a military surplus products, but is entirely made by Suzuki.

Suzuki Motorcycles FIRST
Manufacturer Suzuki even made carburetors and flywheel magnets. The Power Free, launched in late '51, has just sold a few months is not long ago made a lot of changes and improvements. Just a minute after the Power Free Japanese government launched a policy change about riding a motorcycle license capacity of a tiny longer required a driver's license to drive a motorcycle with a capacity of up to 90cc 4 stroke and 2 stroke up to 60cc. Immediately Suzuki to develop a new motorcycle with a 60cc engine capacity peningkikatan. And the two-speed gearbox is also added to their products.

After "The Power Free 'success in the market, in 1953 Suzuki Jidosha Kogyo introduce" Diamond Free "which is the development of the Power Free. Then in 1954 "Mini Free" 50cc moped that uses vee belt as the successor of power released, in 6000, Suzuki manufactures motorcycles per month, and changed its name to "Suzuki Motor Co. Ltd. "in June 1954. Starting from the manufacture Bracket for machine-made bike Suzuki temple on the first time. Finally, in 1954, Suzuki tried to make his first motorcycle with a 90cc COLLEDA name. until the 1960s, not much can be done because of lack of demand for export Suzuki.

In 1967, Suzuki launched the T500 are exported to America and the UK with the name Titan to Cobra for the USA and the UK. Occurrences T500 considered quite successful and was further developed into the GT500 which continued to be produced until 1977. In 1971, Suzuki has failed on the world market with the launch of the GT750 models or Water Buffalo. In 1976 GT750 GS750 Being developed. GS750 model is quite successful and very quickly became popular. In 1978, Suzuki achieved tremendous success with diluncurkanya 1000 GS models, success is driven by the model Suzuki GS 1000 has a frame that looks more robust than other motors that time.

Suzuki made cars
The results of the development of GS 1000 is itahun GSX 1000 GSX 1100 Katana 1980 and in 1982. With full power known models, modern style, lightweight body and the price is. very competitive. Suzuki is a great success. In 1986, Suzuki returned to make a breakthrough with the model andalanya GSX-R750 and GSX-R 1100 motorcycle known as super quick at adopting it as a model and a dedicated motor racing on highways. Suzuki GSX-R750 models, to date continues to be produced until now because it has good sales. As with the model Suzuki GSX-R 1100, production at the stop because sales are not good and cause harm. In the 1990s, GSX-R 1100 re-designed again but still less success. Slap the umpteenth time dialakukan back by Suzuki in 1999 by producing the GSX-1300R HAYABUSA we know as well as a street bike (street bike) is the fastest in the world because of its speed reaches 310km/jam.

Suzuki Hayabusa, Suzuki Motor Artificial who is the fastest in the World
After seeing the successful development of the Suzuki company he founded, in 1982 at the age of 94 Michio Suzuki finally breathed his last. He successfully brought Suzuki became a well-known automotive company in the world and with many products released favored by the public. It is all creations made by kejeliannya in listening to consumers. Not for a style, but efficiency.