Biography Of Will Smith


Please Share this article is useful !
Will Smith's full name Willard Christopher Smith Jr.., Born in Philadelphia, Pennsylvania, USA, 25 September 1968. Smith is known as a musician, as well as an Oscar caliber actor. Her performance in the film THE FRESH PRINCE OF BEL-AIR (1991-1996), where he played himself, has delivered his prowess in the role. Then also successfully served as police Agent J in MEN IN BLACK who made his name more legendary. Related to his personal life, Smith has been married to actress Sheree Zampino who later divorced in 1995 with one child, Trey Smith. In 1997, he re-married, to actress Jada Pinkett Smith, and until now has two children, Jaden Smith and Willow Camille Reign Smith.

Will Smith once said something powerful, "I do not know what to call me, but I want to be like this for a very big reason. I worked hard to be like the greatest people who ever lived." This constant encouragement to work hard and to fight that made him one of Hollywood actor sought. He's grown to be inspired in his career by insisting on if you want to see success, you need the right mindset to push you up to the top. You will be successful only when you believe in yourself and your ability to act - such as Will Smith, you need to believe that you're here with greater reason. 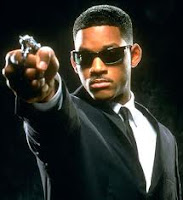 Born in African-American families in West Philadelphia, Will Smith had a rough childhood. after his parents decided to split up when she was 13 years old. However, he never allowed, family problems affect him and rapper career began when he was a teenager. With a nickname of "The Fresh Prince" Will Smith achieved a great success for his hip hop work and won his first Grammy for Rap category. Smith spent money freely from time to time and soon the Internal Revenue Service to calculate the debt she asked for $ 2.8 million and confiscated his property. But by this point, many people will collapse and may decide to give up.

But what makes Smith a man so successful with the fact that that does not make it up. Even the face of terrible hardship and bankruptcy looming, Smith moved forward and signed kontral sitcom for NBC in the show The Fresh Prince of Bel-Air, which then rumbled success. This event makes Smith became very successful in his acting career. Is he became a popular actor today if he gave up his career after he was broke? The answer must be "no". Mantra for success is that you should never give up. You need to stay afloat and keep pushing me from the limitations, until you reach the goals you yourself write.

Smith made himself the goal of becoming "the biggest movie star in the world" and now he's one of the list of Hollywood actors that had never happened in his success and be counted. He did and gave the film a power that reflects the will to succeed. When talking about success, Smith admits, "Money and success do not change people, money and success only explains what is out there."

Smith obstacles to success not only looks at the life forms such a tough childhood and bankruptcy. He's also overcome a difficult marriage when completing the divorce to get $ 900,000 for his wife and $ 24,000 per month for his son. However, what makes Smith was able to reach success with character abilities. Instead of getting bitter, Smith said, as cars were destroyed and still continue to participate in many other cars countless ".
That's the way I see it is a difficult time in his life, "this is a calm mentality and the strength to see the problem in a positive light that makes Will Smith is able to reach where he is today. Willard Christopher Smith, Jr. (born in Wynnefield, West Philadelphia, Pennsylvania, 25 September 1968, age 44 years) is an American actor Featured Hotel States Academy Award, a Grammy-winning hip hop artist to categories and comedians. AGLOCO Prayer One of the many orangutan language The success rate in three countries, namely the mass media of entertainment: film, television, and music industries. Height, body 188 cm