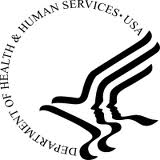 MOH stands for the Department of Health, while the Ministry of Health of the Ministry Kesehatan.Hal short, there is a mention or writing a name change, from the Department to the Ministry, while the meaning and authority held there was no significant change, still scattered all health workers throughout Indonesia under the orders and policies of the MOH MoH old or new.

Change the background of the department of health to kemenkes name, a big question for me, that can not be enlightenment from anyone, though it was trying to find a valid reason to know why it has changed. One time, I was never joking with a friend, and the friend said, should the name be changed to the Department of Health Department of medicine, because that fill strategic positions throughout the ranks of health, such as the head of the health department and the director of the hospital, both regional and national levels is a doctor , let alone post Menkes equal, one would expect a doctor.

Although there are health workers other than doctors who are competent to become the director of a hospital, it is difficult to get such a position, since castrated by Hospitals Act of 2009 Article 34, explicitly states that are allowed to lead a hospital are medical personnel (doctors and physicians teeth), so there is the assumption of a caste dikesehatan, that in addition to physicians, other health care professionals is a second profession or the lowest caste in healthcare.